ChessCube has concluded a US 1.25m funding agreement 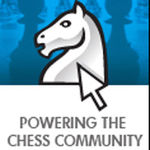 ChessCube is an online chess site, which allows players of all skill levels to compete and learn chess, while socializing with others. With a potential market of over fifty million active chess players in the world, ChessCube.com has already attracted over 650,000 registered users across 207 countries – making it one of the leaders in the growing online chess market.

Mark Levitt, CEO and founder of ChessCube says, “We are delighted to have InVenFin on board as our partner. Over and above the valuable capital injection, InVenFin gives us access to an international business network, and their team of experts in branding, product strategy, intellectual property management and corporate structuring. This investment allows ChessCube to focus on establishing itself as the world leader in online chess.”

InVenFin’s Stuart Gast says, “ChessCube’s innovative product offering has impressed us, along with the strong team led by Mark. The social gaming space is growing rapidly worldwide, and we believe ChessCube represents an excellent entrance for us into this world. We look forward to assisting ChessCube achieve its aspirations.”

Vinny Lingham, CEO of San Francisco-based Yola.com, was an early investor in ChessCube. “As a keen chess player myself, it is particularly exciting to be part of an innovative chess venture,” said Lingham. “This investment by InVenFin further highlights the potential of Cape Town as the technology hub of Africa – which I like to dub Silicon Cape. ChessCube has enormous potential to dominate the massive global chess players’ market.”

The partnership between ChessCube.com and InVenfin will allow ChessCube.com to become the most recognized and loved online brand for chess enthusiasts.

ChessCube enables all levels of chess players to play live chess against other like-minded players, in various forms of the game. The focus at ChessCube.com is enjoying the game of chess in a positive and fun environment.

ChessCube.com also offers interactive chess videos written by international grandmasters. Unlike DVDs, these videos interact with each user, offering them personalised instruction – an outstanding innovation that earned ChessCube a Semi-final placing in the 2008 Adobe Max Awards in San Francisco.

World history was recently made by ChessCube when, during its recent sponsorship of the 2009 South African Open, along with the 400 participants at a Cape Town venue, for the first time in history three grandmasters and masters participated from a second venue in Melbourne, Australia. FIDE, the world chess federation, worked with ChessCube to ensure that the games, which were played across the Internet, were officially rated, setting a new precedent that could see tournaments using this technology in the future.

ChessCube continues to innovate and build on its award-winning chess playing platform from its Cape Town headquarters.

ChessCube was launched in May 2007 from its Cape Town headquarters. It has since grown into a community of over 650,000 avid chess players, and continues to grow at a rapid pace. ChessCube is an innovative, live chess platform, allowing competition and education within a social community. Mark Levitt, founder and CEO of ChessCube, is four times South African Chess Champion. ChessCube’s investors include InVenfin, Vinny Lingham and Michael Leeman.