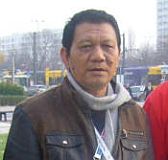 Indonesian chess suffered a sudden loss on Tuesday when Grand Master Edhi Handoko died at the Cibinong Hospital in Bogor, West Java Province, following a heart attack. He was 48.

The celebrated champion, who began his career in the mid-1970s, was know to challengers and fans alike as a man who not only understood the game, but as a man who passed a wealth of knowledge on to the next generation.

He earned his National Master title in 1978, before progressing to both FIDE Master and International Master 1982. He then became Indonesia’s fourth Grand Master in 1994 after reaching an Elo rating of 2,495.

“He grew fast as national No. 1 until 1986, when I replaced him,” Utut, a fellow Grand Master, told the Jakarta Globe. “So there was a rivalry between us.”

Despite their rivalry, Utut praised Edhi as a worthy opponent and versatile partner. The pair reigned as Asia’s No. 1 duo on in both 1992 and again in 1994.

“Edhi set up the curriculum applied in my chess school as a blueprint for the regeneration of Indonesian chess players,” Utut said. “I might say he played a main role in creating international players like the youngest Grand Master, Susanto Megaranto, and Indonesia’s first Woman Grand Master, Irene Kharisma Sukandar.”

I had arrived in Jakarta in the late afternoon and was soon meeting up one after another with PERCASI Deputy Secretary General Sebastian Simanjuntak, Publicity Head Kristianus Liem, WGM Irene Sukandar and her brother Jenius Kaiser as well as with Drs Bunawan till late despite having to leave at 4 a.m. to catch a flight to Surabaya.

Then I was was woken by Sebastian with the sad news that our good friend Grandmaster and FIDE Trainer Edhi Handoko has passed away at 1 a.m. He had been ill recently but we did not think it was so serious and I was looking forward to seeing him soon at a coaching assignment or at the JAFPA Chess Festival in April.

Edhi is well known to the ASEAN chess community at large and I am proud to be able to call him a friend since we first met in 1983 when he was already eclipsing the long time No 1. Indonesian GM Herman Ardianysah.

I have seen a lot of Edhi in the past year – meeting him many times at diverse places from Tarakan, Jakarta (JAFPA), Beijing (World Mind Sports Games), etc. and we spent at lot of time together in Dresden at the 38th World Chess Olympiad, often watching the games of the Indonesian team of which he was the captain with McDonald’s for dinner often to follow at GM Susanto Megaranto’s insistence!

There is only one word to describe Edhi’s career – uncompromising.

Edhi played chess without fear or favour and believed that he could find something in any position. His game was full of the tactics that has always epitomised the Indonesian chess school but with his own special twist with incredibly deep calculation of variations.

When finally overtaken by GM Utut Adianto in the late 80’s as Indonesia’s No. 1, they became a much feared and respected combination of good friends and genial rivals who certainly benefited from each other and together led Indonesia to its best every international results for over a decade.

In recent years Edhi had started to become a great trainer and brought not only his vast knowledge of the games honed through literally tens of thousands of top level competitive games but also by his attitude to playing chess.

He will be missed greatly as a friend (he had no enemies and no detractors), as a role model for all young chess players, and for the so much more he was starting to offer Indonesian chess in building a new generation of young talents in his new career as a trainer.

Edhi’s funeral procession will be from Rumah Duka Tiong Teng, Solo, Jawa Tengah at 9 a.m. Sunday, 22 February 2009 to the Bonoloyo, Cemetery and is survived by his wife Endang Hastari S and his two sons Ekona Sulistya Wibowo (21 years) and Okana Razzi Giovani.

Contributions to his family are most welcome and I will be happy and honoured to facilitate these (email me at peterlong64@gmail.com for details).