Rijeka is on the move at the European Team Championship

After a successful presentation in Ohrid, project EURO 2010 was introduced this weekend at the European Team Chess Championship, which is held in Novi Sad until October 31st and where 38 men and 28 women teams are taking part. Presentation of the EURO 2010 was held in the Hotel Park and this time Rijeka’s delegation was led by Mayor and Honorary Committee President Vojko Obersnel, president of the Executive Committee Damir Vrhovnik, EC vice president Srđan Zelenika, EC Member responsible for men’s tournament and Chess Grandmaster Mišo Cebalo and EC Member responsible for women’s tournament Ivan Mandekić.

Mayor Obersnel presented the City of Rijeka and Rijeka’s experiences in organizing major sporting events. He also pointed out that Rijeka is ready for this tournament and welcomes all the chess players in the new sports Center Zamet. „Rijeka has a long chess tradition and in the spring we will surely know how to justify the confidence of all those who decide to register for EURO 2010“, Mayor Obersnel said. 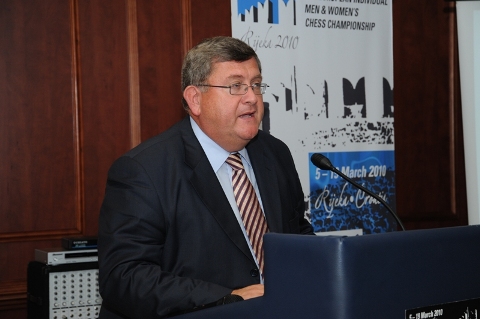 After a short promotional film which announces EURO 2010, mister Vrhovnik informed about the organization, prize fund and the great terms of accommodation provided in Opatija and Rijeka. Grand master Cebalo emphasized that Rijeka is on the move to prove once again to be an excellent host. He also believes that chess players will be extremely satisfied with the conditions in the new Center Zamet and all accommodation facilities provided in Opatija and Rijeka. 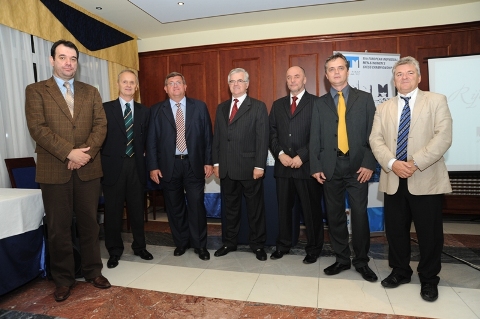 Information about the organizer, rules and applications for 11th European individual men and women’s chess championship are available on the official website www.eurorijeka2010.com