The first ever FIDE Trainer/FIDE Instructor Seminar was held in beautiful Sulaymaniyah, Kurdistan, Iraq from 27 May to 1 June 2009 under the auspices of FIDE through the FIDE Trainers’ Commission, Asian Chess Federation (ACF), and Iraqi Chess Federation. FIDE Trainers Peter Long (MAS) and Hassan Khaled (EGY) were the lecturers and examiners, and there were a total of 47 participants attended, of which 43 were from Iraq, 2 from Jordan, 1 from Bahrain, and 1 from Somalia.

The Trainer seminar was held concurrently with a FIDE Arbiter Seminar (also first for Iraq) conducted by Mehrdad Pahlevanzadeh (IRI). Hassan Khaled, who is also an experienced arbiter (IA) and organiser (IO), served as his translator.

The passion amongst Iraqi participants for chess was evident throughout and the majority of participants demonstrated a level of chess between 2100-2300 with no one below 1900 and several at 2400. Amongst all there was also a great desire for learning and for getting internationally recognised qualifications, and this was fueled by lack of opportunities for many as a result of largely 20 years of war. 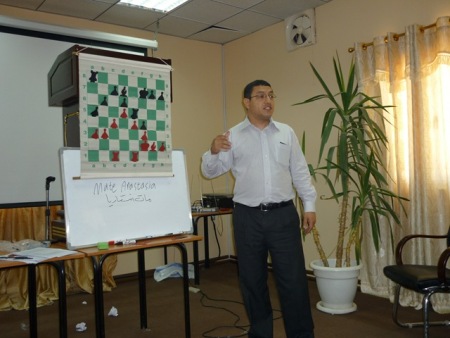 The facilities were all top class, from seminar room to transportation, hotel, and meals, and the organisation was simply excellent with Iraqi Chess Federation President Dhafer Madhloom proving to be the most dynamic and hands on leader and the hospitality shown was the best the lecturers have ever experienced. 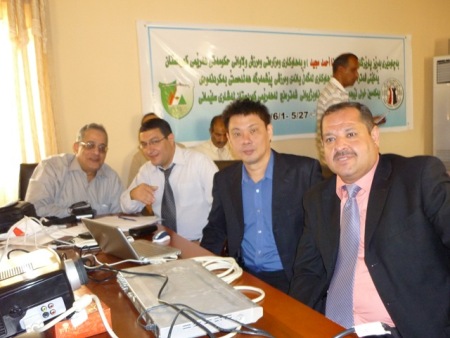 Mr. Dhafer was ably supported by a great local team from the Sulaimany Chess Federation with Asaad Ismael Tawfeeq perhaps the most visible but much work behind the scenes was also put in by too many to mention including many other executive board members of the Iraqi Chess Federation who came from Baghdad and of course the various officials and sponsor representatives from the Sulaimaniyah Municipal Council, Olympic Council, Sports Ministry, and the even the Iraqi and Kurdistan governments.

The event was also graced by the continued presence of Hisham Al Tahir, General Secretary of ACF.

On the day after the seminar ended, all participants were taken to an excursion in the nearby mountains where all took the opportunity to relax after 6 grueling days of lectures, exams, and presentations.