Update: Magnus Carlsen dethroned the last year’s Magistral Ciudad de Leon champion Vassily Ivanchuk after the breathtaking finale that was concluded only after the Armageddon game! The match opened with two draws before Ivanchuk scored in the third game. This put Magnus under pressure for the last game, but he succeeded to win and invite a blitz tiebreak.

Both blitz games were drawn and the match outcome was to be decided in a sudden death game where white (Carlsen) had 4 minutes and black draw odds and 5 minutes for the entire game. Carlsen found a cute combination that netted him a piece in the endgame and Ivanchuk immediately resigned.

The live blog on Nettavisen.no was crowded with visitors and the news about final match was main story of the entire portal. (Nettavisen is Norwegian third largest internet paper). 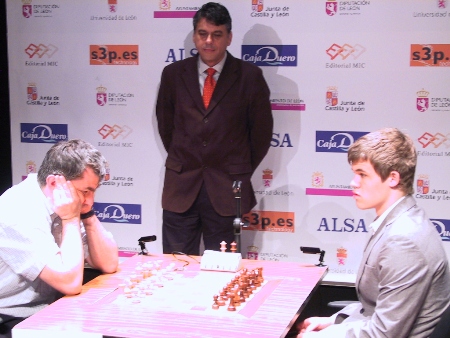 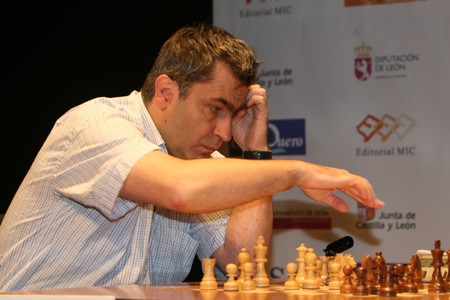 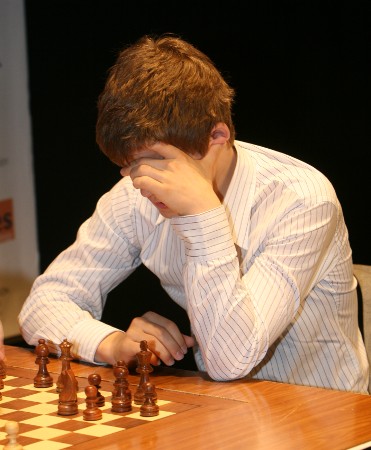 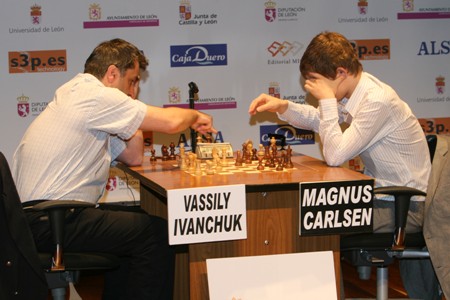