history of the matches and possible world tour 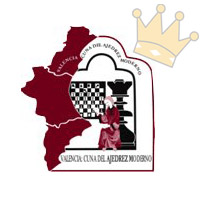 Only a few days after we published the official video of the match Kasparov – Karpov, with the additional details about a possible world tour, today we present you the official site of “Valencia cuna del ajedrez” Kasparov – Karpov duel. It is available at the domain http://www.matchkarpovkasparov.com/ and contains interesting details about the event. As the site is still entirely in Spanish, the organizers will be adding a section in English, containing all the details.

History of the matches

Kasparov and Karpov have played five big matches in their carreer. Two of them happend in Moscow, one in London – Leningrad, one in New York – Lyon, and one in Sevilla. Exactly these are the places that might host a Kasparov – Karpov world tour in the next years. The negotiations are still going on, more details will be revealed during the match in Valencia