The elegant Auditorium of Leon has been carefully inspected by the Castilla y Leon TV technicians in order to determine the best location for cameras, microphones and control desk. They are not preparing a classical concert broadcast, but live programmes during the XXII Ciudad de Leon chess tournament (June 5-7th). Since the Kasparov-Karpov World Championship, Seville 1987, nobody in Spain has bet so much to promote chess on TV. The rapid play and the tension gestures of Carlsen, Morozevich, Wang Yue and Ivanchuk will be caught instantly.

“The last game of every semi-final (Friday and Saturday) and the final (Sunday) will be broadcasted live. Besides that, the Castilla y Leon TV will produce daily special programmes, with interviews and features. There is also a clear interest from the TVE (Spanish main public channel), as I could detect when I met the Sports Manager in Madrid”, explained Marcelino Sion, the tournament director. 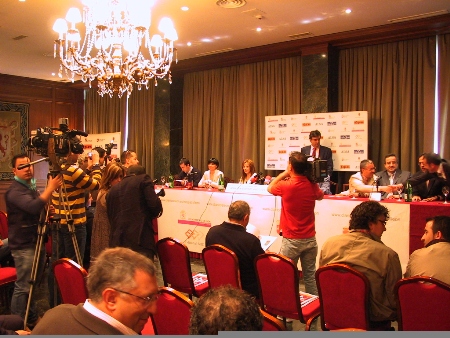 The rapid time controls (four games matches, 20 minutes per player plus 10 additional seconds after each move), the venue’s smartness and the tournament big prestige after the last 22 years have been key factors to persuade the television managers. And, obviously, the four participant’s strength, no matter what the drawing of lots will decide on June 4th.

“If the TV coverage in Leon is successful, we’ll open a very important window for chess”, Sion added. Certainly, that factor can be decisive for the sponsors to renew their help, year after year. So far, the Ciudad de Leon cannot complain, having the support of four public bodies (Town Hall, provincial government, regional government and the university) and four private sponsors (Caja Duero, Alsa, MIC Publishing House and Diario de Empresas). But the TV factor could be decisive to guarantee the XXV edition in 2012. 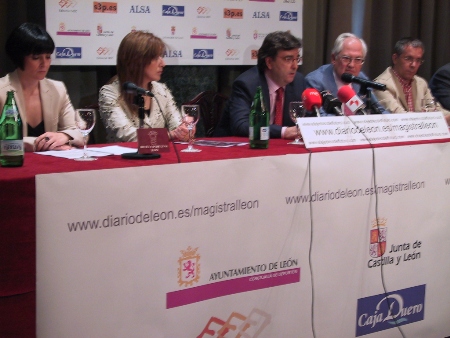