No Topalov – Anand games in Nanjing 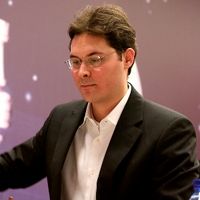 The organizers of Nanjing Pearl Spring 2009 have made an important change in the previously announced lineup. GM Viswanathan Anand, current World Champion and number two in the rating list, will not attend the event. He will be substituted by the Hungarian grandmaster Peter Leko.

The change means that the chess fans will not be able to see direct games by the WCC 2010 competitors Topalov and Anand. Still, the tournament is going to be one of the strongest for the year. Here is the participants list, all other details previously published are valid.