Turkey and Singapore join the race with Bulgaria 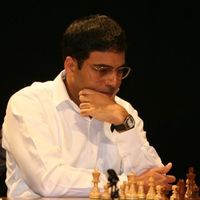 Bulgaria has sent all official documentation for hosting the upcoming match Topalov – Anand to the FIDE central. The information was provided by Zhivko Ginchev, who also confirmed that Boiko Borisov will be head of the organizing committee.

The dates proposed in the Bulgaria bid are 5 – 24 April 2010, and the venue will be NDK in Sofia. It is the same building where the Topalov – Kamsky, but the playing room will be Hall 1, with capacity of 3800 people.

Turkey and Singapore join the race

Mr. Ginchev revealed for Chessdom.com that Bulgaria is not the only candidate for hosting the event. “Until this moment there are two more official bids in the FIDE central – one from Singapore and one from Turkey.”

The bidding process is still open and applications can be submitted until September 30th. On October 1st FIDE will open all applicant letters and on October 9th the winning bid will be announced.

More information about the bidding procedures can be found at the WCC blog.

Topalov and Anand next events

Topalov and Anand will be very active to the end of the year. Topalov is starting Nanjing Chess Grand Slam 2009 on Monday (with live commentary on Chessdom!) and later will be heading the team of Bulgaria for the European Team Chess Championship.

Anand has a major event at the Tal Memorial 2009 and two rapid and blitz competitions – against Anatoly Karpov and the World Blitz Chess 2009.