29th of October 2009 was a meaningful day for Turkish Chess. It was the 86th national anniversary of Turkish Republic which was established in 29 October 1923. Ece Alkım Erece European U-8 Champion, Çiğdem Onur, European Top Second, Bora Bölükbaşı, European Top Third, Denizcan Temizkan World U-9 Second Top, Diyap Büyükaşık, World U-13 Second Top, and President of Turkish Chess Federation Ali Nihat Yazıcı were accepted at 14:00 at the reception given by the President of Turkish Republic Abdullah Gül.

Chess delegation and President of TSF entered the main entrance of the residence at 13:45 and passed to waiting salon with the other guests. Intensive interest for our champions started there. First, State Minister Mr. Faruk Çağlayan welcomed them and talked to champions one by one. To the question of the minister “Who will play against me?”, answer came from youngest player Bora Bölükbaşı “I do play!!”. Bora got many offers from ministers and deputies for him to be their chess teacher.

Just before the reception started, the Prime Minister Mr. Recep Tayyip Erdoğan entered the saloon. He shook hands with all players and talked to them one by one. The president first kissed on the forehead of Ece Alkım Erece. Then he continued with other players, amazing everybody with the power of his memory, he asked: “Have We met before!”. Ece Alkım answered: “We have met in Armutlu! I have at home our photos!”. 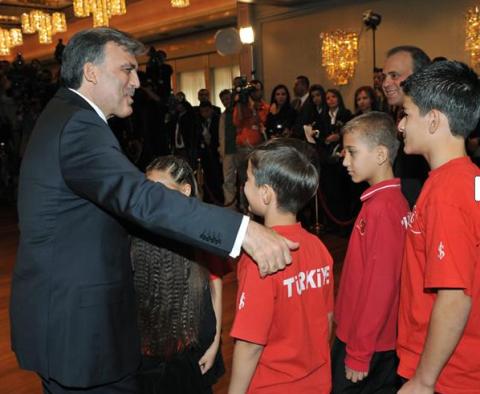 Afterward, The President of Republic and our delegation had their photo taken together. 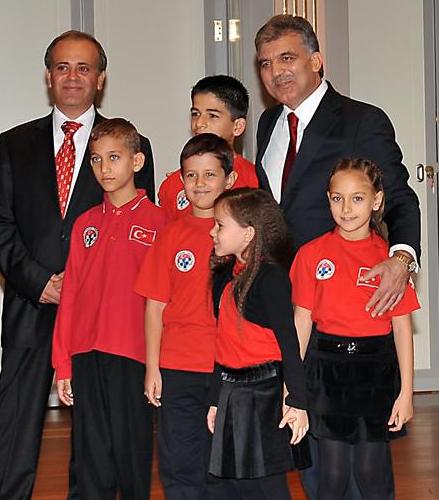 Article and photos by Turkish Chess Federation (edited by Chessdom)