The movie working title is The Knight 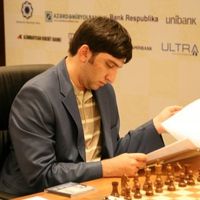 A movie with the working title “The Knight” and plot centered around an egoistic businessmen who is also chess enthusiast will be shot in Hollywood on September and October this year. Azerbaijan born, currently residing in Los Angeles, Araz Mammadov is appointed as director.

The screenplay includes a scene where the main character plays a chess game on the Internet. Vugar Gashimov will advise the director on chess combinations, rating on chess Internet portals, interface in general and other related issues.

Araz Mammadov, who already authored a short film e-Turnity which will be premiered in August, praised Gashimov as one of the world’s most talented chess players and is looking forward to their cooperation.

We have contacted Vugar Gashimov to hear the expectations about this project. He kindly shared his thoughts:

“First of all, it was really great to hear the news, because as you know there are not many films about chess and chess is now not so popular in the world. I hope that projects like this will help chess to get more exposure.”

“Maybe I will travel to USA to be on the set but I don’t know for sure because in the end of the year I have many tournaments..”.

“And I think it’s really possible to make a great movie about chess, about chess players and how they feel before the game, in the heat of the battle and after…”

Sarkhan Hashimov, manager of GM Vugar Gashimov, added: “I expect that this project will help us all to have our game featured in Hollywood. When I received the invitation for Vugar, we immediately decided that we will help the movie director, who as you mentioned is born in Azerbaijan. We will try to popularize chess among the movie makers and directors.”