Next Thursday (October 21st) the Guinness record for simultaneous display will be challenged once again in the heart of the city of Tel-Aviv. GM Alik Gershon is going to face more than 500 opponents in Rabin square, next to the town hall of Israel cultural capital, trying to defeat the official record set just 14 months ago in Teheran.

Gershon, former Israel champion and twice former world junior champion, will play against amateurs from all over the country and has to score at least 80% in total to have the record recognized. The event is organized and sponsored by the Jewish agency, the municipality of Tel-Aviv and the Israeli Chess Federation to celebrate 20 years of the great chess Alyia (immigration) from the former Soviet Union.

The Event is professionally operated by a team headed by GM Boris Alterman, the director of Shevach-Mofet academy whose students will all be part of the gigantic exhibition too. During the event an additional event will take place with the participation of sport and politics celebrities who are chess enthusiasts. 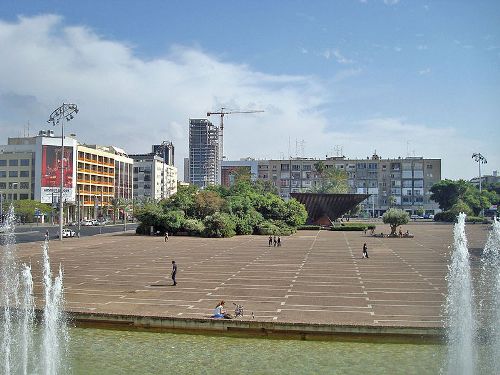 About the record: In 1996 the legendary Swedish GM Ulf Andersson set the official record playing against 310 opponents. Eight years later the English IM Andrew Martin faced 321 opponents with an amazing score of 95.64% (294+ 1- 26=)!

This record held just a year when former female world champion GM Susan Polgar challenged in summer 2005 326 players at the same time (and 1131 in total).

In February last year it was the Bulgarian renowned GM Kiril Georgiev who astonished the chess community as well as the general public when he needed just 14 hours to overcome a field of 360 players beating 284, drawing 70 and losing just six (88%).

However the best was yet to come unexpectedly in the Iranian capital last summer. GM Morteza Mahjoob set the current shocking record playing 500(!) games at the very same time, winning 397, drawing 90 and losing just 13 (88.4%).. His oldest rival was 81 and the youngest just 4 years old and the entire exhibition lasted almost 19 hours after which the new record holder was still able to drive his car home all by himself!

About the new challenger: For GM Alik Gershon it is going to be a most testing day (and night!) in a brilliant career. He was born in Dnepropetrovsk (Ukraine) in 1980 and learned the rules of the game at two (according to his father), starting a serious “professional” career when he was five years old. He immigrated to Israel with his family at the end of 1990 and in 1993 he was already Israel u-16 champion.

It was just a year later when he was crowned as the world u -14 champion (Szeged, Hungary 1994) and it took him another two years to become the world u-16 champion too (Cala Goldana, Spain 1996). Alik was awarded with the IM title in 1997 and became a grandmaster when he was 20. Then he already saw the peak of his career when he won the national title for adults (together with GM Boris Avrukh).

Away of the board he had already two remarkable achievements: He was the founder and editor –in –chief of the first Israeli chess online weekly “Schachnet” and was the co-author (with Igor Nor) of the best seller “St Luis 2005” which was praised worldwide and earned him the prestigious “Book of the Year” award by the British Chess Federation. Though he still plays for Kfar-Saba club at the top Israeli division, he actually quit professional chess already in 2005 for software engineering studies.

For the upcoming mental and physical challenge he has already been training for the last two months and hops to be at his best next Thursday. The entire Israeli chess community (as well as numerous chess fans worldwide) is wishing him success!