The third edition of Arad Open, an international chess tournament, will take place from August 6th to 12th in Arad, Romania. The tournament, which has a prize fund of 4000 euro, will be played according to Swiss System over 9 rounds. The venue of the tournament is this year the Concert Hall of the Culture Palace Arad, one of the most representative buildings for visitors of Arad where over time they performed Richard Strauss, Bela Bartok or George Enescu.

Players will benefit from low participation fee (20 euro and for juniors – 12 euro), accommodation and food costs also very low. The Coandi Hotel (www.hotelcoandi.ro) which is the tournament official hotel, the prices are from 13 euro/pers/night, all rooms have its own bathroom, TV, air conditioning, wireless internet (free features included in the price also: tennis court with night installation, arranged for the beach area on the bank of Mures river). 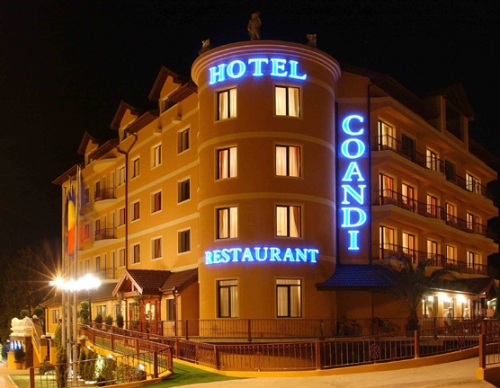 Straddling the Mures River and occupying parts of both Crisana province and Banat, Arad traces its history back to the 11th century. Arad developed as a major trading post during the Turkish occupation, between 1551 and 1699. After 1699, the city was ruled by the Habsburg Monarchy and in 1834 Arad was declared a ‘free royal town’ by Emperor Francis I of Austria. On April 10, 1913 the first electrical railway in Eastern Europe was lunched on the Arad – Podgoria route.

Today, Arad is an important industrial center and transportation hub, as well as home to two universities, a Romanian Orthodox theological seminary, a training school for teachers, and a music conservatory. Churches and cathedrals in the city span four centuries, several denominations, and architectural styles ranging from baroque to neoclassic.

Arad County is also home to some important Orthodox monasteries, such as the ones from Hodos-Bodrog (dating from 1177), Bezdin (dating from 1334), Gai (built in 1760-1762), the Sf. Maria – Radna Franciscan Monastery (built in 1727 – 1826), the Princely Orthodox Church from Halmagiu (dating back to the 14th century), the Roman-Catholic Church from Sânpetru German (built in 1774).

Arad is a city of impressive buildings and architecture, with many of the main sights located along the principal thoroughfare, the broad, tree-lined, Bulevardul Revolutiei with trams running along it. These include the impressive white City Hall Palace (1875), the Palace of Culture (1911-1916), the neo-gothic and secessionist-style Red Church (1906), the large, domed Roman Catholic Church (1902-1904) and the neo-classical State Theatre (1874).

There are also some delightful examples of art nouveau, in particular along Strada Closca and around Piata Avram Iancu, such as Bohus Palace. There is also an extensive open air market in the older part of the town, west of Piata Avram Iancu, overshadowed by the tall towers of the baroque Orthodox Cathedral (1865) and nearby the old water tower (1896) being restored as a museum. At the corner with Strada Mihai Eminescu you will find the Secessionist Grozavescu Pharmacy (Farmacia Grozavescu) which has preserved its original interior.

East of Piata Avram Iancu stands the Old Theatre (1817) where national poet Mihai Eminescu once worked. It became the Urania Cinema in 1903 but is now being restored as a theatre. Further south near Piatra Veche, lies the old Jewish quarter and a couple of synagogues. Beyond spans the Serbian quarter and the attractive Serbian Orthodox Church St. Petru & Pavel (1692-1702) which was rebuilt in a baroque style in 1790.

The Arad Fortress (Cetatea Aradului), boasting a Vauban-style fortress with a six-pointed star shape, wasbuilt under the orders of Hapsburg empress Maria Theresa between 1763 and 1783.

The vineyards of Arad stretch on the hills bordering the western part of the Zarand Mountains, between Lipova and Pancota. Star of the region is the vineyard of Minis. In 1862, at a wine contest in London, Rosu de Minis was awarded the biggest prize. More than a century before, the wines of Minis were exported to England, Sweden, the Netherlands, Germany, Switzerland and even America.

The red, native variety Cadarca, displaying a ruby-red color with a stinging taste of fresh clove, was the wine of the imperial court of Vienna during the reign of Emperor Franz Josef, in the 18th century. Pinot Noir, Merlot, Cabernet Sauvignon, Cabernet Franc and Cadarca are produced employing classical winemaking technologies, while the white wines like Italian Riesling, Traminer, Pinot Gris and Sauvignon Blanc, are obtained by using cooling zymurgy, resulting in fruity white wines of great finesse.