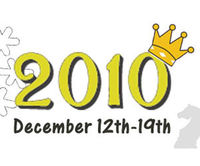 15 GMs, 14 IMs, and 40 titled players is the total count for Bansko Open 2010. More than 170 players have confirmed their presence in what is projecting to be one of the strongest opens of the season.

Round 1 of Bansko Open is December 13th at 17:00 local time. The competition is 9 round Swiss event and will continue until December 19th, when last round and prize giving take place.

Opening ceremony will take place December 12th at 10:00 at the central square of Bansko. It will include greeting from the Mayor Alexander Kravarov, draw of colors for round 1, and a symbolic first move. Several hours of concert from local groups is to follow, organized by municipity to celebrate the chess tournament and the opening of the ski season.

Signup for blitz takes place from 10:30 to 12:00, when registration closes and pairings will be made. 1st round of blitz is scheduled for 13:00.