Chess club and chess school Ciudad Naranco has organized for 12th time their traditional Christmas tournament “Pablo Morán” in Oviedo, north of Spain. The competition has very special characteristics: blindfold chess, a friendly atmosphere and quite a strong field. 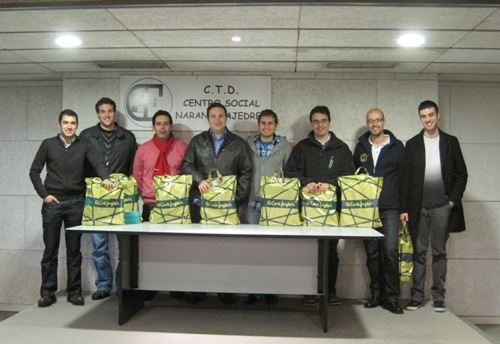 The players in group photo

This year the tournament changed its format, going from 6 to 8 players split in two groups with “Bilbao system” for scoring (3-1-0). The first two players from each group would then face in semifinals and the rest would play knock-outs for 5th to 8th places.

The rate of play was 15′ + 15” Fischer increment for the first phase and Armageddon (20’+15” and obligation to win for White, 15’+10” and draw-odds for Black) for semifinals and final. Games were broadcasted live by the club website ctdnaranco.es

In group A the winner was IM Marcos Llaneza with 7 points, who advanced to semifinals with Aitor Alonso, 4 points. FM Enrique Álvarez and Enrique Aparicio scored 3. Group B was dominated by FM Iván González, 7 points, and Iván F. Torre, 6. FM Javier Agüera scored only 3 and opposition was tough for FM Iván Andrés, 1 point.

Both Marcos Llaneza and Iván González chose Black for the semifinal against Iván F. Torre and Aitor Alonso, respectively, and won quite easily their spot for the expected final. 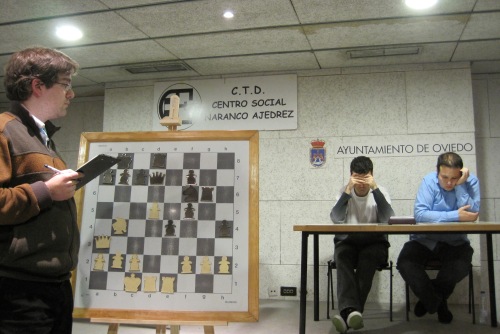 Marcos and Iván have shown in previous editions their expertise at this difficult chess modality, having won the tournament in four occasions. Iván won the drawing of lots and chose Black. Marcos opted for a secondary line against the French Defense and soon fell into an inferior position well resolved by Iván to get his fifth title.

All participants received the applause of the chess fans who followed their games in the Civic Centre “Ciudad Naranco” and a Christmas hamper. Well, the 8th player also got a wooden spoon :-) 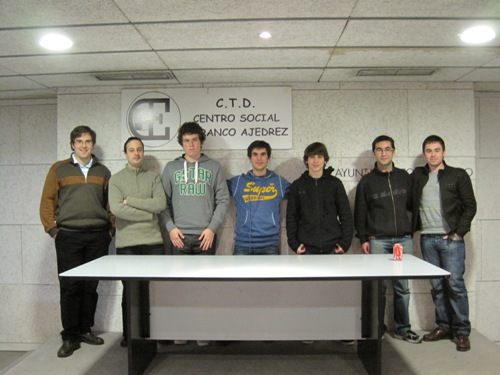 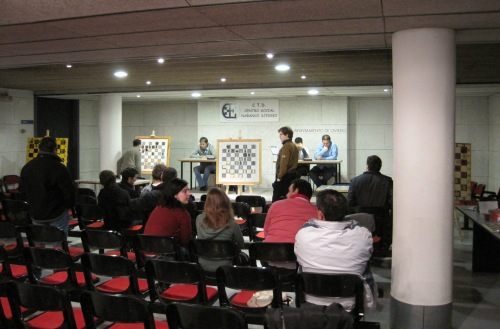