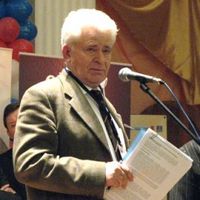 Few weeks ago former World Champion Boris Spassky was urgently hospitalized due to problems with irregular cerebral blood flow. Russian news agencies described his condition as “grave” and “critical”. His wife Marina told Kunle Elegbede, International Arbiter from Nigeria, that Boris was able to speak but his left side was paralyzed. She estimated that the recovery would last at least few months.

A couple of days later, RIA Novosti informed that Boris was still in the intensive care but his condition was stable and did not cause concern. According to the same source, Boris was already able to walk and eat.

Our sources are reporting that last week Boris returned to France for treatment and rehabilitation.

We have received many emails from chess players who are concerned with Boris’ health. FM Darko Dimitrijevic asked to pass his message:

We are all hoping for speedy and successful recovery.