Yesterday, November 24th, New York Times published a large article directly pointing to the possibility that the Turkish Chess Federation paid for votes in order to win the Chess Olympiad 2012 bid. Turkey won the right to host the event in Istanbul in 2012 after a vote among delegates of the World Chess Federation at the Olympiad in Dresden, Germany, in 2008. TCF won against Montenegro, the other finalist, by a vote of 95 to 40.

The news errupts more than 2 years after the decision of the delegates from Dresden 2008 to award the event to Turkey. The article comes just two days before the important TCF Financial Assembly.

Here is the article excerpt followed by the statement sent by Ali Nihat Yazici to Chessdom.com.

A recent audit of the Turkish Chess Federation reported that the federation paid voters to help win an election for the right to host the Chess Olympiad in 2012. […]

Whatever the merits of the Turkish proposal, it appears that its success was ensured by paying delegates to vote for it, and the price was $120,000, or 178,000 Turkish lira.

Two weeks ago, a financial report called Denetleme Kurulu Raporu was published on the Turkish federation’s Web site. Near the bottom of the report, which was conducted by an auditor of the federation, there was a footnote, which The Times had translated into English. It reads:

“It was detected in official documents, records and listings that in order to host the 2012 World Chess Olympics in Istanbul, 177,724.32 Turkish lira was allocated for the rent of the stand, souvenirs, lobbying activities as well as accommodation, transportation and food expenses of some FIDE delegates to vote for our country at the FIDE general council meeting held in Dresden, Germany, in 2008, as approved at the board meeting, and as adequate additional funds were transferred into the federation’s budget by the Turkish Republic prime minister’s Office of Youth and Sports general directorate in 2008, which were spent in accordance with the status of the federation and other general regulations.” 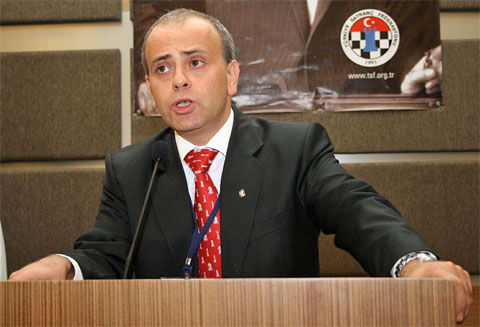 Ali Nihat Yazici, the President of the Turkish Chess Federation, sent a letter to Chessdom.com this afternoon presenting his point of view.

I have read the NYT report saying that we got 2012 World Chess Olympiad by paying bribes to delegates, according to our own auditing reports. This claim is factually untrue. The Turkish Chess Federation spent around 178,000 Turkish Lira for the 2012 Olympiad Campaign in 2008 – which is not a very large sum when you are bidding for an Olympiad. The money was spent mainly for for our delegation’s travel and stay in Dresden, setting up and maintaining a stand in Dresden, the “Turkish Night” party, as well as gifts and souvenirs promoting the city of Istanbul. The Campaign was very successful: I would like to remind readers that the Turkish Federation beat the rival bid from Montenegro by 45 votes: 90 for Istanbul versus 45 for Budva.

All of the expenses incurred by the TCF in the Olympiad Campaign are documented by invoices from third parties, such as airline companies, hotels, catering companies and Dresden 2008 (for the stand). None of the invoices involve delegates to the FIDE Congress, no money was given to a FIDE delegate, and none of their expenses were reimbursed.

The reality behind this news that is currently being circulated is that there is a very destructive opposition to my Presidency of the TCF, which I have faced in the last six years. They have failed to win democratic elections and are now trying to take down my management by other means. They want to create an international scandal before the Financial General Assembly of Turkish Chess Federation, which is scheduled for next Saturday (November 27th). The timing of the news push by our opposition is very interesting: just 72 hours before the Financial General Assembly and in a US newspaper. Clearly the aim is to have the report of our auditing committee rejected and to force extraordinary elections to the TCF in three months.

I would like to stress: the Turkish Chess Federation has never paid a penny to any delegates to get their votes. If that were not the case, today I would be the President of European Chess Union. We are sure that more than 150 delegates of Turkish Chess Federation General Assembly will express their confidence in our management and support the work we have done over the last ten years to turn chess from a minor hobby into a major sporting activity in Turkey.

It is worth mentioning that the Financial General Assembly will be broadcast live on Turkish Chess TV on 27th Saturday 2010 at 14:00h CET. Everyone can watch the proceedings.