On its last working day the FIDE General Assembly of the 81st FIDE Congress was taking the decision on the venue of the 41st World Chess Olympiad 2014. There were two cities bidding to host the world forum – Bulgarian Albena and Norwegian Tromso.

The bidding procedure lasted several days including presentations of the candidates – candidates and discussions of the issue.
As a result the majority of FIDE delegates (95 to 47) voted for Norway as the hosting country of the 41st World Chess Olympiad in 2014.

The 2012 Chess Olympiad will take place in Istanbul, Turkey. 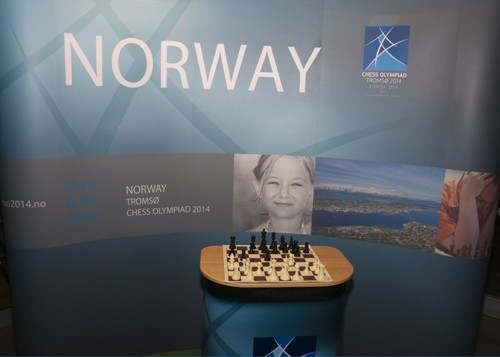 The City of Tromsø, at a latitude of nearly 70 °N, is with its 68,000 residents and 10,000 students the largest city in Northern Norway. The city is home to the world’s northernmost university, brewery and cathedral and the city thrives on education, research, administration, fishing exports and satellite technology.

Tromsø is situated a two-hour flight from Oslo. It is known for its great atmosphere and vibrant cultural life and is the perfect place to experience the Midnight Sun in summer and the Northern Lights in winter.

The city’s nickname, “Gateway to the Arctic”, dates back to the 1850s when the city became the centre for Polar sea catches in the Arctic region and later in the early 1900s when it was the starting point for a host of expeditions to the Arctic and Antarctic regions. Despite this nickname, the city has a mild climate, owing to is location near the Gulf Stream.