Mr. Chauhan, who is also the President FIDE, Asian Zone 3.2, was elected unopposed. The reigning treasurer of All India Chess Federation hoped that India will get a separate Zone status in the FIDE assembly which will help our players a great deal.

Coming from an affluent family of farmers, Mr. Chauhan has had a phenomenal rise in the power house of chess world. Starting as the secretary of Delhi in 2001, he steadily climbed up in chess organisation and is currently known as the best organiser in India. The escalation to power started with the Parsvnath International open chess tournament that has already seen eight editions and participation of hundreds of Grandmasters.

The support that he derives from the players as well as within AICF, led to some of the best events coming to Delhi including Asian youth championships, Asian Junior Championship a couple of Commonwealth championships and later this year the National premier will come to the National Capital. 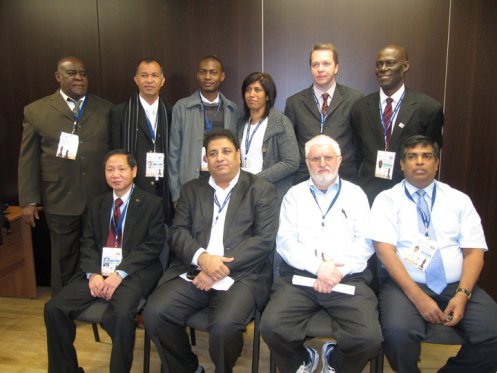 Amongst the Commonwealth countries India is amongst the best chess playing nations and a few medals would have been up for picking in case Chess was included in the ‘Delhi 2010 games’, however that has not happened. It may be noted that chess is a medal sport in Asian games and our team won medals for the country in 2006 and later his year too we are expected to win some medals.

Commonwealth Chess Championships 2011 allotted to South Africa and 2012 to India.