The opening ceremony of the European Club Cup 2010 was held Saturday evening at the Bendida Hall of Novotel Plovdiv. FIDE President Kirsan Ilyumzhinov, ECU President Silvio Danailov, the President of the BCF Stefan Sergiev, and Deputy Mayor of the City of Plovdiv Georgi Titiukov greeted the players and guests. 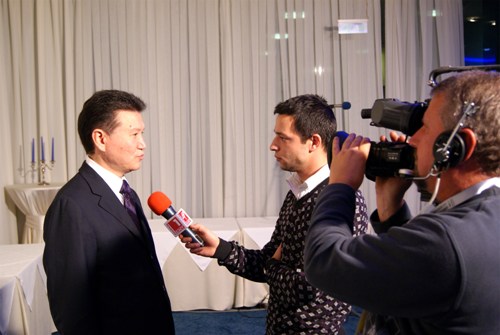 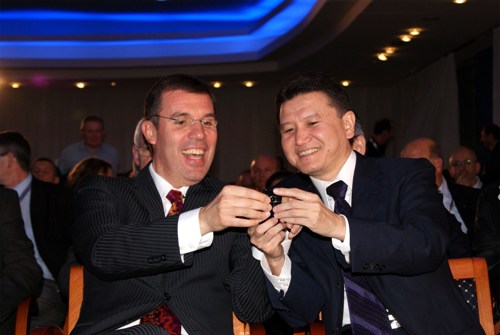 Round 1 is tomorrow, October 17th, at 15:00 local time (14:00 CET). The games will take place in Novotel Plovdiv and you can follow the live broadcast here.

This was the first official event opening ceremony after Khanty-Mansiysk to be attended by the re-elected FIDE President Kirsan Ilyumzhinov and the newly elected ECU President Silvio Danailov together.

Kirsan Ilyumzhinov congratulated the Bulgarian Chess Federation and Plovdiv for hosting yet another important event. “Bulgaria is now recognized as a center for chess development and Plovdiv itself is the chess center of Bulgaria..”

Silvio Danailov greeted the participants and guests of the European Club Cup and added, “It is an honor to open this prestigious event in my country, right after being elected ECU President.”

FIDE President Kirsan Ilyumzhinov shared in an interview for Chessdom.com that the first joint project with the new ECU administration will be preparation of an international conference on the chess history, to take place in December in Sofia. 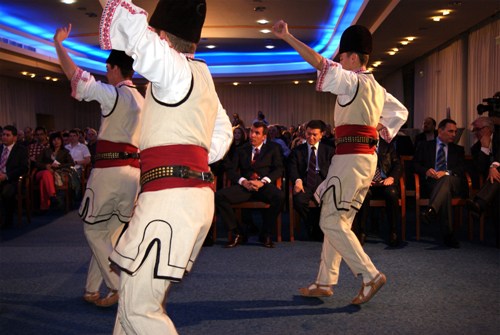 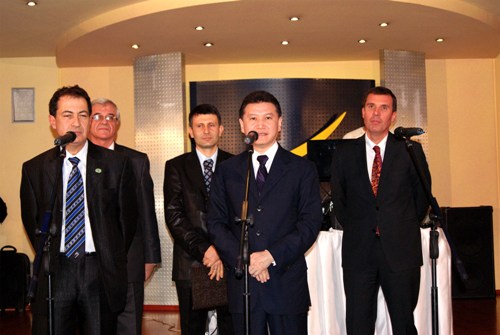 Speakers at the opening ceremony