10 million proposal made to New York 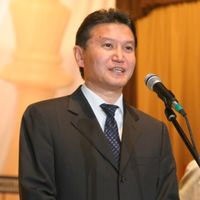 FIDE has requested the New York authorities to sell the land of the Twin Towers to create a chess center, announced FIDE President Kirsan Ilyumzhinov at a press conference on Thursday.

“We turned to the mayor of New York, Michael Bloomberg, who is also owner of this land, with a proposal to buy it for $10 million. We are now waiting for an answer and are ready to send our representatives,” said Kirsan Ilyumzhinov.

Last week’s proposal for “Ground Zero” by Donald Trump is 7,5 million dollars, while earlier a proposal for $100 million dollar Muslim center at 200 meters from the land has also been made. The future name of the FIDE construction is supposed to be “World Chess Center”.

Copy of the official letter here