The 52nd Reggio Emilia tournament was concluded yesterday. In the thrilling finish Gata Kamsky succeeded to catch Zoltan Almasi and even claim the trophy on better additional criteria. The event was held from 28th December 2009 until 6th January 2010.

Almasi widened the gap to a full point ahead of Kamsky after beating the Italian GM Daniele Vocaturo in the 8th round. But Caissa arranged that the two contenders will play each other in the final round, with Kamsky holding white pieces. The game started as Ruy Lopez, Arhangelsk variation, and Kamsky gains initiative with a beautiful exchange sacrifice. Almasi struggled and tried to neutralize the pressure, but Kamsky skillfully converted the advantage into a full point to level with the Hungarian on the shared first place. Kamsky was awarded the trophy on better additional criteria.

Italian Grandmasters Fabiano Caruana and Michele Godena both win in the last round to finish tied third with excellent 5.5 points from nine games. 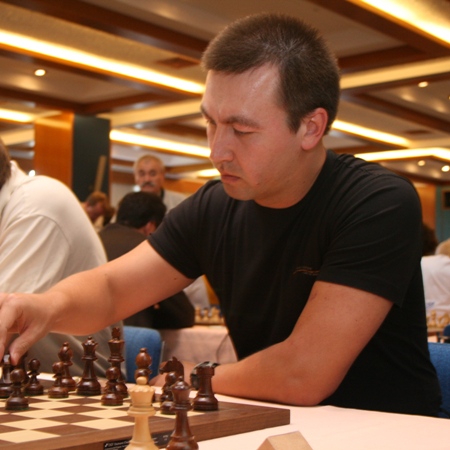