FIDE President Kirsan Ilyumzhinov did a tour among Balkan Peninsula on June 25-26, discussing chess development in the region with local federations and chess officials. Among the topics were the ongoing youth events, 2012 FIDE event bids, and the preparation for the Chess Olympiad 2012.

On June, 25 FIDE President Kirsan Ilyumzhinov arrived in Zagreb, where he had a working meeting with representatives of the Chess Federation of Croatia. General Secretary Ervin Sindik, a member of the Executive Committee Josip Leko and the captain of the team GM Zdenko Kozul informed the President about the development of chess in Croatia and preparations for the centennial of the establishment of the National Federation which will be celebrated in 2012.One of the steps will be the bid to hold World Amateur Championship 2012.

On June, 26 FIDE President Kirsan Ilyumzhinov visited the city of Maribor of Slovenia, where he attended the U-20 Championship of Slovenia among boys and girls. During his stay the President inspected the hotel infrastructure and met with the government of the city. He also met with President of the Chess Federation of Slovenia Mr.Knezevic. Mr. Ilyumzhinov told in details about the preparations for the World Chess Olympiad in Khanty-Mansyisk and Mr. Knezevic reported on the development of chess in Slovenia, on preparation of the Slovenian team for the Olympiad and intention of Slovenia to bid for the World Youth Championship in 2012.

The same day, FIDE President Kirsan Ilyumzhinov met in Istanbul with the Vice-President of FIDE, the president of Turkish Chess Federation, Ali Nihat Yazici CHF where he discussed issues related to preparation for the World Chess Olympiad in Istanbul in 2012. Mr. Yazici also briefed the President on the willingness to organize the World School Chess Championship on July 21 to July 29 2010. The meeting extensively discussed the problem of effective spreading of the Turkish experience in the development of chess. One of these forms may be holding trainers, arbiters, and organizers seminars for developing countries, especially on the African Continent, with the active assistance the Turkish government. 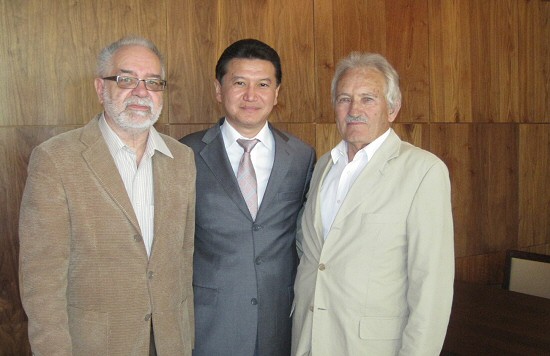 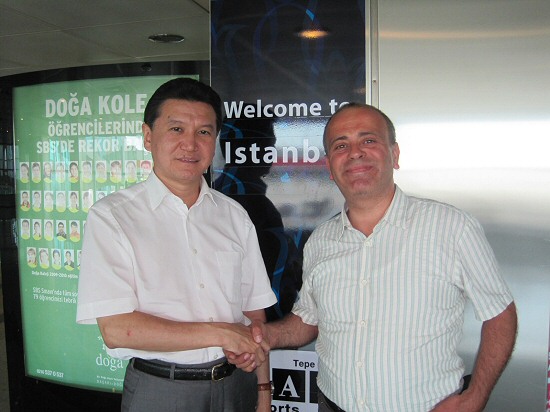