Leontxo Garcia (Press Officer): León
The 2009 experiment went so well that there is no
hesitation any more: the Castilla and Leon channel
will cover the rapid 2010 Magistral Ciudad de
Leon with a daily special program during the
tournament and broadcast the end of every match
live. Levon Aronian, Boris Gelfand, Leinier Dominguez and Paco Vallejo Pons will play in the magnificent Auditorium to
the best of four games (semi-finals, June 4th and
5th; final, the 6th).

“Two people face to face almost motionless for
hours may seem the antithesis of television.
However, this tournament has an appropriate
rhythm, technology and scenery, and has
demonstrated how chess works really well on TV if
it’s well organized. We realized that on 2009.
Consequently, we’ll improve our coverage on 2010”,
said Juan Francisco Martin, director of Castilla
and Leon TV, during a presentation in Leon. 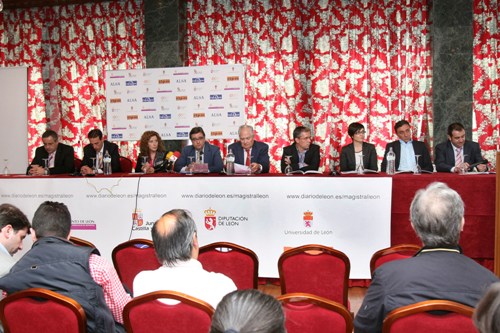 In order to fit well on TV, chess has to be
transformed into a good show, and not only by
speeding the game. Remote control cameras at the
stage (and even on the playing table), electronic
boards, giant screens, GM commentary for the
spectators’ headphones and, not less important, a
nice and suitable venue, such as the Auditorium,
equipped with the latest technology.

The Castilla and Leon TV will rely on four professional and
experienced chess commentators for its broadcasting: GM Miguel Illescas, Jesus Boyero,
Miguel Angel Nepomuceno and the writer of these
lines.

The TV coverage will include the parallel
activities, which are always important in Leon:
the Chess Films Week (May 24-30th), a lecture by
Leontxo Garcia (chess against Alzheimer), another
lecture for young talents by GM Miguel Illescas,
and a simul with 25 amateurs by Levon Aronian. 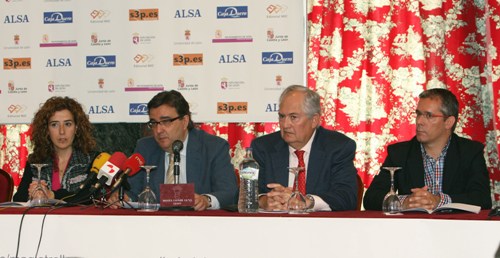 The presentation in Leon was also good to
double check how the traditional sponsors are
still supporting this renowned tournament, despite
the world’s economic crisis.

The public sponsors
(City Hall, Diputacion [province government],
University and Junta de Castilla y Leon) and the
private ones (Alsa, Cajaduero, MIC Publishing
House, S3P and others) are committed themselves to
chess as a very useful social tool, but also as a
good show which can fit well on TV.