A lineup of winners awaits him at Torneo de Linares 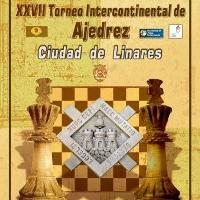 Veselin Topalov, who avoided meeting Anand during Corus, will be the top rated player of Linares 2010.

For the first half of the Linares tournament Topalov will not be able to count on the support of Ivan Cheparinov, who will participate in Aeroflot Open 2010. However, he will be able to consult his new second Leinier Dominguez Perez, who has not received invitation for the Spanish tournament.

The big question here remains, will Topalov aim for the top spot in the Wimbledon of chess for the first time in his career or he will hide preparation for the match with Anand.

In any case it will not be an easy task for the Bulgarian GM, as he will have to face established tournament fighters as FIDE Grand Prix winner Levon Aronian (Armenia), 2009 World Cup winner Boris Gelfand (Israel), Vugar Gashimov (Azerbaijan), Russian Champion and 2009 Linares winner Alexander Grischuk (Russia), and the local hero Francisco Vallejo. This lineup makes Linares a category 21 tournament.