The question of the week is do top-level chess players from around the world know of Lubbock?

The short answer is absolutely. Not long ago when Texas Tech SPICE organized the first SPICE Cup in November 2007, I remember having a very difficult time inviting 10 strong chess players to come to Lubbock to compete. One of the first questions they asked was where is Lubbock?

Today, I am proud to say that our city has become one of the hottest chess destinations. When I recently was at the Khanty-Mansiysk Chess Olympiad a few weeks ago, many world class players or their managers came to me to seek invitations to participate in the 2011 SPICE Cup.

This is stunning because the 2010 SPICE Cup does not start until later this week. Almost everyone knows about Texas Tech, SPICE and Lubbock. This is an incredible turnaround in less than three short years.

In fact, the five highest-rated international invitational chess tournaments in the United States since the fall of 2007 have all been held in Lubbock at Texas Tech. This is like having the Wimbledon of tennis or the Masters of golf in our great city. It takes a colossal effort from many people to make something like this happen. 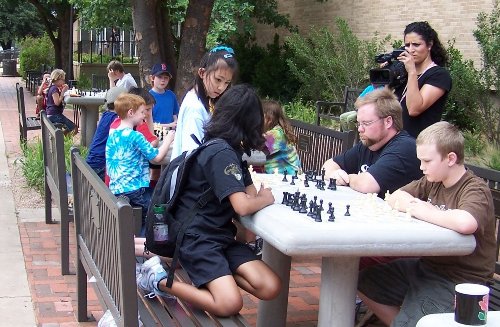 And how could chess affect Tech and Lubbock? Chess is a huge sport with approximately 45 million players in the U.S. and over 700 million worldwide. Some of the biggest scholastic chess tournaments in this country draw between 13,000 and 15,000 players, parents and coaches. Imagine how much revenue our city can generate from hotels, meals, rental cars, gas, souvenirs, entertainment, flights, etc.

Students who play chess usually excel academically. Through chess, Tech could potentially attract hundreds and thousands of top-notch students from all over the country and around the world. The cumulative grade of the Texas Tech Knight Raiders chess teams (A team, B team, and women’s team) last year was approximately 3.28, with three student chess players earning a perfect 4.0.

Unfortunately, we are not there yet. SPICE does not have the manpower, financial resources, or scholarships to pull things like this off right now. I am hoping to have more support in the future to make even a bigger positive difference for Tech and Lubbock.

The 2010 SPICE Cup A group is tied with the 2009 SPICE Cup A group as the highest-rated International Invitational Chess Tournament in U.S. history. The opening ceremony will take place at 1:30 pm Thursday at the Texas Tech Student Union Building (Matador room). Here are the participants: