The 2009 European team champion, Azerbaijan, had high hopes for the just concluded 39th Chess Olympiad, but the 7th seed landed on 12th place in the final rankings, with 6 wins, 3 draws and 2 losses. The team atmosphere, besides excellent players one of the most important virtues of Azerbaijan, was ruined before the competition when Vugar Gashimov has been removed from the squad.

Rauf Mamedov, who held the third board in this Olympiad, admitted that the 9th round defeat against Ukraine definitely halted all hopes for the medal – “I think that our performance was normal. Like a four on the scale. I understand that our public expected much more, but the reality is that this was the most that we could count on.”

When asked to clarify why, Rauf put it straight – “Because Vugar Gashimov was not in the team”. He added that another problem was that their captain, GM Zurab Azmaiparashvili, could not be with the team throughout the tournament – “He was candidate for the post of FIDE Vice-President”. 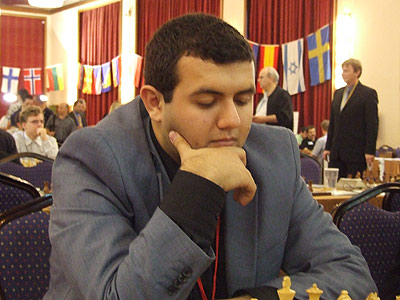 Zurab Azmaiparashvili resigned as Azerbaijan captain immediately after the final round. Azerisport reports that he met with the players and said the following – “You will win your new successes without me.”

But Extratime.az informs that the Azerbaijan Chess Federation still hasn’t decided on whether to accept the captain’s resignation. Federation Vice-President Mair Mammadov believes that Azmaiparashvilli’s resignation was “emotional act” and added that they fully understand it. Nothing more can be said without the official decision of the Federation President Elman Rustamov.