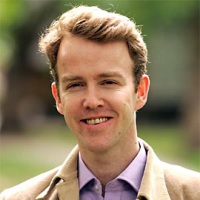 Chess aficionados who see the game as much more than a pastime will be in esteemed company on Thursday, Feb. 25, when UT Dallas welcomes author and Scottish Grandmaster Jonathan Rowson to campus. Rowson, who will be honored with the UT Dallas Chess Educator of the Year Award, will deliver a lecture titled, “What is So Special About Chess? Why is it More Than Just Another Game?”

The event, part of the University’s annual ChessFest celebration, is at 7 p.m. in the library’s McDermott Suite. Other events include the blindfold chess and Chess Grande demonstrations. “This is the 40th year anniversary of The University of Texas at Dallas,” Jim Stallings said. “As such, we are pleased to welcome our first international honoree, GM Jonathan Rowson from Scotland.”

Rowson is a senior researcher at RSA, a think tank in London. He holds a first-class degree in politics, philosophy and economics from Oxford University; a master’s in education from Harvard University in mind, brain and education; and a PhD from Bristol University. His doctoral thesis examines the concept of wisdom and the challenge of overcoming psychosocial constraints that prevent people from becoming wiser.

Rowson was the British chess champion for three consecutive years, from 2004 to 2006. Before joining RSA, he was a professional player, teacher and writer.

Jonathan views chess as a form of praxis in which we come to better understand our own natures. He has written accessible books (The Seven Deadly Chess Sins and Chess for Zebras) on the subject that have been translated into foreign languages. He has written for The New Statesman magazine, The Herald, and has been featured on BBC Radio and Television.

His interest in connected communities and social capital strategies stems partly from his role in publicizing research funded by The Scottish Executive that demonstrated the positive role of chess in raising social capital in deprived areas in his hometown of Aberdeen.

Then from noon to 1 p.m. UTD Chess Champions Mihail Bantic and Igor Shneider will direct the large pieces to illustrate some of the famous end games in chess history. Both events are free and open to the public.