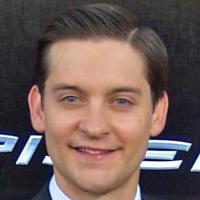 In a move that will take him from comic book geeks to a whole new level of nerd, former superhero Tobey Maguire may take on the role of famous chess master Bobby Fischer in a project called Pawn Sacrifice.

This bit of news comes from a brief mention in the same Deadline Hollywood article that announced Matt Damon’s turn as Robert F. Kennedy, but all we know is that Steven Knight wrote the script which focuses on Fischer around the year 1972, which is when the legendary player faced off against Russian chess champion Boris Spassky in a highly publicized match that went hand in hand with the Cold War tensions of the time.

Sounds like a great project for Maguire, and a great start to his career after leaving Spider-Man behind.

Update: David Fincher is making his next move, on Columbia Pictures’ chess drama “Pawn Sacrifice.” The director is attached to the life story of American chess icon Bobby Fischer leading up to his historic world championship match against Boris Spassky. From Variety.