Open Blitz tournament on Monday, May 24, in the Chase Park Plaza 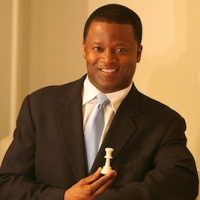 Saint Louis, March 23, 2010 – Grandmaster Maurice Ashley, the first African-American GM in the history of chess, will provide expert analysis and commentary at the 2010 U.S. Chess Championship, set for the Chess Club and Scholastic Center of Saint Louis May 13-25.

Ashley was featured on ESPN in 1996 when he provided commentary for the Man vs. Machine match (Garry Kasparov vs. IBM’s super-computer Deep Blue) and again in 1997 for the Kasparov vs. Deep Blue rematch. Ashley earned the title of grandmaster in 1999. He and WGM Jennifer Shahade will provide in-depth commentary throughout the 2010 U.S. Chess Championship.

Fans are also invited to play with the best in a $10,000 Open Blitz tournament held on Monday, May 24, at the Khorassan Ballroom in the Chase Park Plaza.

The U.S. Championship Blitz Open will feature a $7,000 prize fund in the open section and a $3,000 prize fund in the reserve, U2000 section. The nine-round Swiss will begin at 8 p.m. and will feature a game-in-five-minute (G/5) format. Pre-register at the Chess Club and Scholastic Center of Saint Louis until 6:30 p.m the day of the tournament. On-site registration is available at the Khorassan Ballroom from 6:30 p.m. to 7:45 p.m. The entry fee is waived for GMs, $50 for non-annual club members and $40 for annual members. More details, including prize breakdown, will appear on the CCSCSL website soon.

This year’s innovative championship format will culminate in a “Final Four” quad from May 22-24. The 2010 edition will also feature the strongest Swiss field in history and the richest per capita prize fund. Fans from all over the world are invited to Saint Louis to participate in the blitz, watch GM Ashley’s commentary and see the quad finals.

Prospective spectators just need to become a CCSCSL member. Student rates are $5/month or $30/year and adult memberships cost only $12/month or $80/year. A family membership costs only $120/year for the entire household. Those who purchase an annual membership, or existing annual members who renew their membership, will receive one complimentary pass to either the opening or closing ceremony.

The Chess Club and Scholastic Center of Saint Louis is located in the beautiful and historic Central West End district, just minutes from downtown Saint Louis. There are a number of hotel options within walking distance of the club including the Chase Park Plaza Hotel, the Indigo Hotel and the Parkway. The downtown area also features numerous hotel options and is just a 10-minute cab ride from the club. Saint Louis features some one-of-a-kind attractions including the Saint Louis Science Center, the Art Museum, the History Museum and one of the top zoos in the nation, the Saint Louis Zoo. Other one-of-a-kind attractions include the Gateway Arch, the Missouri Botanical Gardens and Busch Stadium, the home of the St. Louis Cardinals and the 2008 All-Star game.