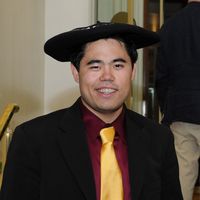 The dates for the US Chess Championship 2010 have shifted. The tournament is now scheduled from May 13-25 at the Chess Club and Scholastic Center of Saint Louis. The U.S. Championship will have a larger prize fund than the 2009 tournament with more than $170,000 up for grabs.

The U.S. Championship was rescheduled to prevent overlapping with the World Championship match between Veselin Topalov and Viswanathan Anand in Bulgaria in order to ensure the highest quality of coverage.

The format in 2010 is also a bit different and promises a unique and exciting experience. The opening ceremony is scheduled for May 13, and rounds one through seven (Swiss paired) will take place May 14-20. The final three rounds, scheduled for May 22-24, will feature a round-robin quad format that is sure to lead to some thrilling games of fighting chess. A possible playoff may take place on May 25, along with a community day for the players and a closing ceremony, which will feature various awards and prizes.

The tournament will host 24 of the best players in the country. Nine of the 24 spots have already been filled, which leaves 15 invitations still to be determined.

The 24 invited players include:

“It was our privilege to host the 2009 U.S. Championship, and we’re honored to be chosen again,” said Tony Rich, executive director of the Chess Club and Scholastic Center of Saint Louis.