Celebrating the 35th anniversary of the two nations’ diplomatic relations 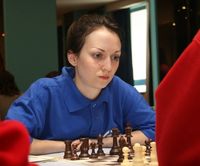 Vietnamese President Nguyen Minh Triet and his German counterpart Horst Kohler are sponsors of the “German Year in Vietnam 2010”, which is celebrating the 35th anniversary of the two nations’ diplomatic relations.

The German Foreign Affairs Ministry and Goethe Institute in Ho Chi Minh City are responsible for holding the year-long activities to draw attention to German culture in particular and Europe in general.

The German Year in Vietnam will focus on four areas: environment, urban development, arts and discussions.

An interesting chess match between two nations will take place on 14th and 15th April in Hanoi, Vietnam. Five players for each team will compete in rapid and blitz play, while in the sixth match the former World Chess Championship candidate Robert Huebner is set to challenge the hosts in Xiangqi – Chinese Chess, an extremely popular game in Vietnam.

Thanks to IM Anna Zatonskih for the news.