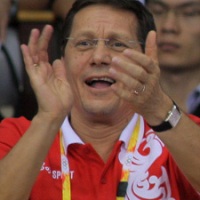 Alexander Zhukov, who was elected President of Russian Olympic Committee (ROC) on Thursday and had previously headed the chess federation, would seek to include chess in the Olympic program.

“Chess was supposed to be in the Olympic program long time ago. Unfortunately, the IOC (International Olympic Committee) still didn’t incorporate chess, but it is our obligation to achieve this” – said the new head of the ROC.

Zhukov took the post with the ROC after Leonid Tyagachev resigned following Russia’s poor performance at the 2010 Winter Olympics in Vancouver.

Zhukov is Russian Deputy Prime Minister since 2004 and also Chairman of the Supervisory Board for the XXII Olympic Winter Games which will be held in Sochi in 2014.