The President of the European Chess Union Silvio Danailov and the Former World Champion Garry Kasparov met with the European Commissioner for Education, Culture, Multilingualism and Youth, Mrs. Androulla Vassiliou on 21st of March in Brussels.

During the meeting they discussed about the joint project of the European Chess Union and Kasparov Chess Foundation, Chess in School, which provides for implementation of the ancient game in the educational system of the European states. Mrs. Vassiliou gave her full support for the project.

Between 19 – 22 September this year, the President of ECU and the Former World Champion will do the final presentation of the project Chess in School to the members of the European Parliament. 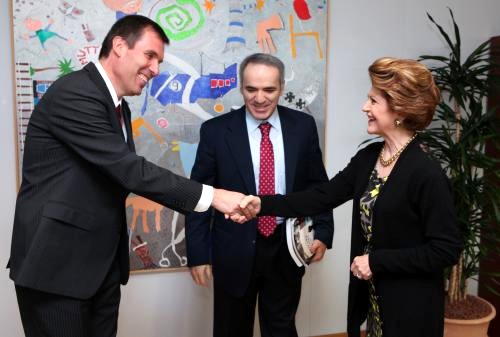 During their visit in Brussels, Silvio Danailov and Garry Kasparov also met with the European Commissioner for International Cooperation, Humanitarian Aid and Crisis Response Mrs. Kristalina Georgieva and with group of MEPs – representatives of all parties in the European Parliament from Bulgaria, Romania, Denmark, Finland and Spain.

As you know, the project Chess in School is a top priority in the management program of the President of the European Chess Silvio Danailov and his team. 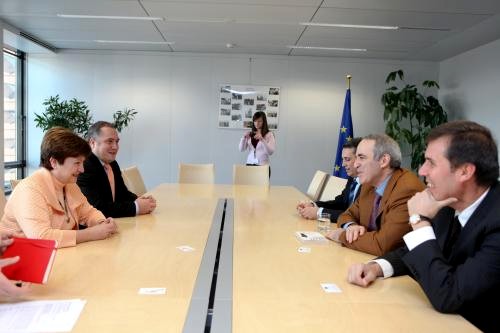