Danailov visiting the country as part of a mini tour

The ECU President Silvio Danailov is in Tbilisi (Georgia). The visit is part of his mini European tour and might have a decisive role in the selection of venue for the Women European Individual Chess Championship 2011.

The Turkish Chess Federation decided not to organize EIWCC after disagreement with ECU in the end of 2010. The ECU opened a new bidding procedure and Georgia is one of the countries that has submitted an applicction.

An official communication by the Ministry of Sports and Youth Affairs of Georgia claims to have high hopes of organizing the European Championship there. The proposed dates of the event are 7-25 May, 2011. 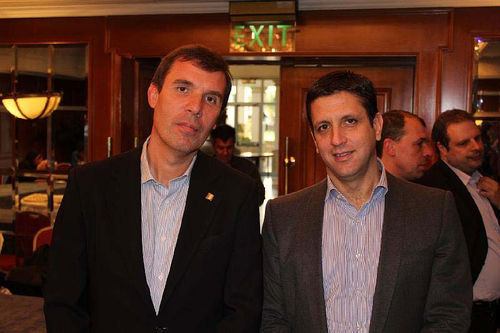 Danailov and Topalov in Cyprus

The main topic of discussion was further development of chess in Cyprus. An official statement by the ECU claims, “the possibility that Cyprus, for the first time in history, becomes the host of an official European championship in the near future.”

Veselin Topalov was also present in Cyprus and was the main topic for the media there. A simul was organized, photo below. 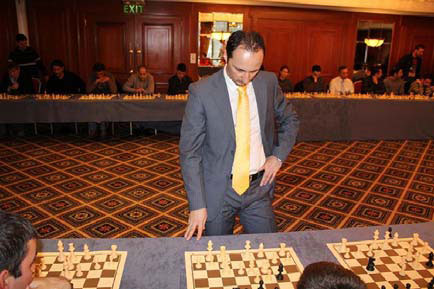