7-round preliminary event followed by 8-player final on Sunday 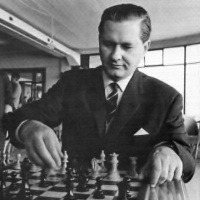 But e3e5.com points that GM Moradiabadi’s name has suddenly disappeared from the list. Perhaps due to the fact that Iranian Chess Championship is currently ongoing in Tabriz, finishes only on 9th January, and it looks impossible for GM Moradiabadi to appear in Tallinn on the same day, even with potential games’ rescheduling.