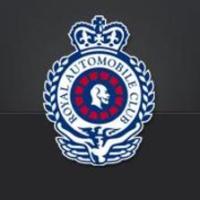 This year the Royal Automobile Club is celebrating the centenary of its Pall Mall Clubhouse. In order to mark the occasion and the founding in 2011 of its Chess Circle, a 100 board simultaneous is being held on Saturday 16 April at the Clubhouse in Pall Mall.

This formidable team of Grandmasters will take on ten teams of ten players drawn from the members of the Royal Automobile Club Chess Circle, the leading players from the other London Club teams that compete for the Hamilton Russell Trophy, ex Varsity players and two teams of Juniors – one from the English Chess Federation and one drawn from Chess in Schools and Communities, a charity with a mission to promote chess in state schools and communities.

The original 1911 plans for the Pall Mall clubhouse had chess very much in mind and it has been a popular activity within the Royal Automobile Club since the first meeting of the Chess Circle in 1911. Over the years the Pall Mall Clubhouse has been home to a number of significant events. In 1929, then world champion José Raúl Capablanca gave a demonstration of “Double Chess” – this chess variant is now often referred to as “bughouse”. The Clubhouse has also hosted numerous visits from leading figures of the chess world, including the former world champion Gary Kasparov.

In the chess world, The Royal Automobile Club’s Pall Mall clubhouse has become almost synonymous with the famous annual Oxford versus Cambridge Varsity chess match, having been its sole venue since 1978.

The Royal Automobile Club Chess Circle has a very distinguished playing record of its own. Since 1924, it has competed with other London clubs for the Hamilton-Russell Challenge Trophy which it has won more times than any other club. It also has regular fixtures with teams both in the USA, France and Gibraltar.