Serzh Sargsyan, the President of Armenia, was reelected as President of Armenian Chess Federation. The election took place in the chess house “Tigran Petrosian”. Besides the presidential position, more of the leader rolesof the federation were selected at the event. As Deputy was elected Smbat Lputian and as general secretary Gaguik Oganessian.

After the elections President Sargsyan awarded the winner of the Armenia Chess Championship – GM Robert Hovhannisyan, as well as the silver and bronze medalists GM Samvel Ter-Sahakyan and GM Zaven Andriasian.

Serzh Sargsyan is the third President of Armenia. He won the February 2008 presidential election with the backing of the conservative Republican Party of Armenia. He is the main chess motor of the country and one of the reasons for growth and success of chess in Armenia. More information at president.am 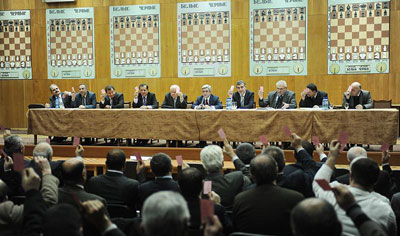 All in favor of President Serzh Sargsyan 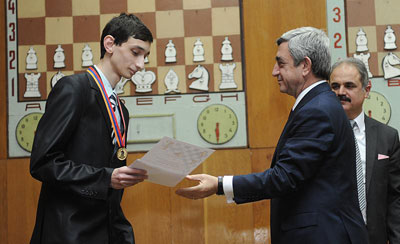 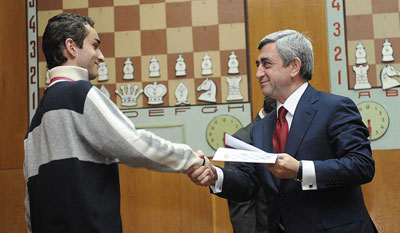 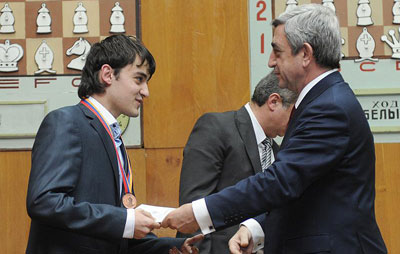