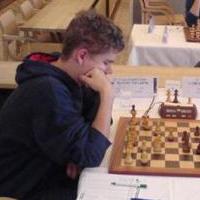 Hammer is a class mate of Magnus Carlsen, who will face Peter Svidler (Russia), Hikaru Nakamura (USA) and Kjetil Lie (Norway) in the rapid tournament “Aker Chess Challenge” from January 2nd. The big international Norwegian company Aker has become the main sponsor of the Gjøvik chess festival. The numerous Aker companies are active within the oil and gas industry, in marine technology and fishing.

The “Aker Chess Challenge” will draw the attention as a main event of the chess world during the first five days of 2009.