Vesela Lecheva, Chairman of the State Agency for Youth and Sports, supported the bid of the Bulgarian Chess Federation to organize the semifinal match for the world championship title between Veselin Topalov and Gata Kamsky, Radio Gong reported.

Having in mind the importance of the competition and its complex preparation, and in order to provide optimal conditions for the players and the media, Bulgaria suggested this match to take place from 3rd to 15th February 2009. Possible hosts are Sofia, Plovdiv, Veliko Turnovo and Bansko.

In a letter sent to FIDE President Kirsan Ilyumzhinov, Ms. Lecheva stressed that all necessary financial guarantees are ready. Meanwhile, Bulgaria is surprised with the change of financial parameters for the match, which expanded to 300 thousand U.S. dollars, without clear argumentation.

A few hours after Vesela Lecheva’s statements on the national Darik radio station, official letter has been sent to FIDE. Here is the full text of the Kamsky – Topalov match proposal. 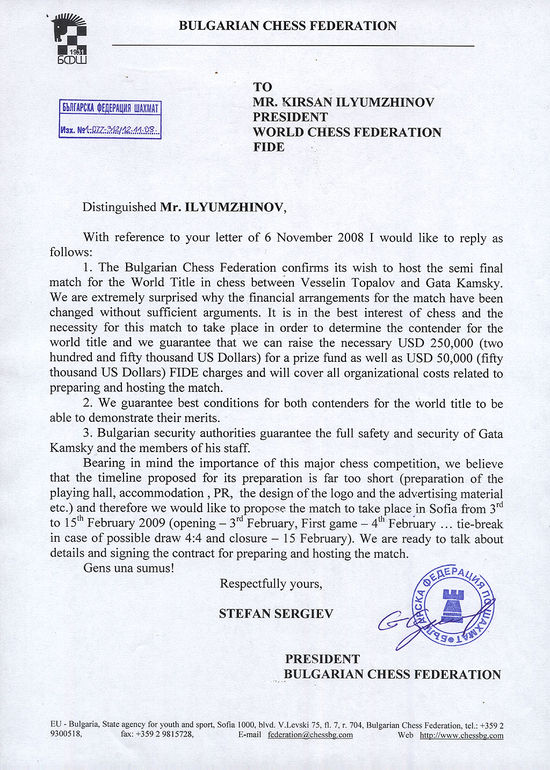