The category 19 tournament “Chess Champions League”, that is currently taking place in Vitoria, enters in a decisive phase. Two rounds before the end the top 3 players are 1 point apart. The race between Ponomariov (5,5/8), Topalov (5,0/8), and Polgar (4,5/8) will be an exciting clash with direct matches. But no matter who grabs the title, the real winner is a hospiatal in Congo. All money collected from the event will be donated to it. 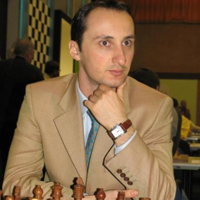 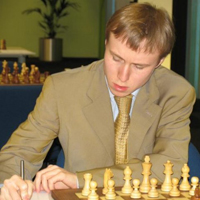 Round 8 started with a full point advantage of Ruslan Ponomariov over Judith Polgar and Veselin Topalov. Ponomariov had white against Karpov in the battle of “the youngest against the veteran”. Ponomariov chose a quiet opening. The Ukranian played the whole game for a secure draw and in spite of Karpov’s efforts to find a way to victory the points were split in the end.

The game between Kasimdzhanov and Polgar followed a similar scenario. The Uzbek played for a secure draw. However, as it happens many times with Judith, after a quiet beginning she found a way to launch a counter attack on the opponent. Kasimdzhanov passed through some difficult stages of the game and in the end draw was agreed.

The exciting game of the day was between Topalov and Nisipeanu. In a game full of sharp moves and keen tactics, both players managed to launch various attacks on the opponent’s king. In the end it was Topalov who with constant pressure managed to break through Nisipeanu’s defense and get the full point.

Only two rounds before the end, Ponomariov is leading in front of Topalov and Polgar. Karpov and Kasimdzhanov are not particularly happy with the tournament since they have not managed to score a full point so far.