Santa is a big chess fan

A special letter by Santa Claus has arrived at Chessdom. He has started his trip from east to west giving the traditional warmth and joy of Christmas. The Chessdom team joins him and wants to wish you a Merry Christmas! Let happiness be with you the whole 2008!

If you did not know, Santa Claus is a big chess fan. When he called, he did not forget to ask how are tournaments going these days around the globe. Here is the report we prepared for him. 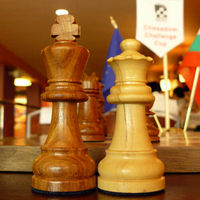 Where it is already Christmas is Singapore. The 4th Singapore International Masters open tournament finished there on the 21st of December. 44 players with an average rating of 2350+ engaged in chess battles. The tournament was won by GM Zurab Azmaiparashvili (GEO, ELO 2606) with 7,0/9. With the same points is the top seeded and best local player GM Zhong Zhang (SIN, ELO 2634), but he has a worse Buchholz tiebreak. The third place is for Chanda Sandipan (IND, ELO 2593) with 6,5. Fourth place is for the surprise of the tournament IM Julio Catalino Sadorra (PHI, ELO 2414) with 6,0/9. 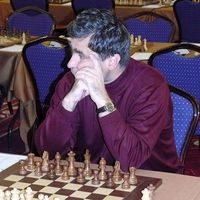 Vassily Ivanchuk won the title at the Carlos Torre memorial in Mexico. The top Ukranian GM knocked out of the competition GM Lazaro Bruzon at the 1/8 finals. Later on he crushed the opposition of Almeida 1,5 – 0,5, but Ivanchuk had serious problems against GM Graf in the semi finals. After the initial two games the score was 1-1 and Ivanchuk needed to show his best to advance to the finals. There he had no problems with Pentala Harikrishna and grabbed the title with a convincing 2-0 victory.
This is a nice finish of the year for Ivanchuk. He has convinced us all that he should not be considered a veteran after winning the World Blitz Cup and the Carlos Torre memorial. 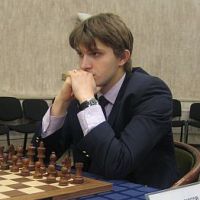 Morozevich, Tomashevsky, Grischuk, Amonatov, and Vitiugov are leading the Russian Championship, currently ongoing in Moscow in the Botvinnik Center. Morozevich and Tomashevsky have 3,5/5, Grischuk, Amonatov, and Vitiugov are with 3,0. Behind them are Svidler, Inarkiev, Sakaev, Iakovenko and other big names of Russian chess. Although the standings may be surprising if we consider the rating of the players, they are not if we have in mind the historical performance of the players. Morozevich, Tomashevsky, and Grischuk love conquering titles in Moscow, while Vitiugov has recently won the Russian Championship Higher League.

In the women section Pogonina is a sole leader with 4,0/5, followed by T. Kosintseva, Korbut, and Tairova with 3,5. Expect a detailed report on Chessdom tomorrow. 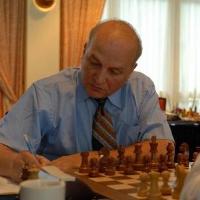 Vallejo Pons is leading the 2007 edition of the Ciudad de Pamplona Chess tournament with full 2,0/2 points. He is closely followed by Beliavski and Rodshtein with 1,5/2. The recent World Cup participants Wang Yue and Sergei Mavsesian are with 1,0. Kharmakulov and Jovaba are with 0,5 and the last place is for Gabriel Sargissian.
It is a very strong and balanced field and nothing can be predicted as there are five more rounds to go. Vallejo Pons had a fantastic start (report and replayable games from round 1) and today he will meet Beliavski in the derby of round 3. Expect frequent updates from Chessdom and also visit the official website 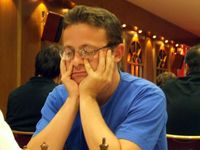