– It might sound a bit surprising, but Peter Svidler didn’t play the Superfinal in, for him, best possible shape. He started well, but then his play became ineffective. But being young, he consolidated and managed to win the crucial final game against Evgeny Alekseev, and then proceed on winning a tie-breaker. Peter is playing well for the national team, he was brilliant at the last European Team Chess Championship. We’re hoping that he will show his best quality at the forthcoming Olympiad. 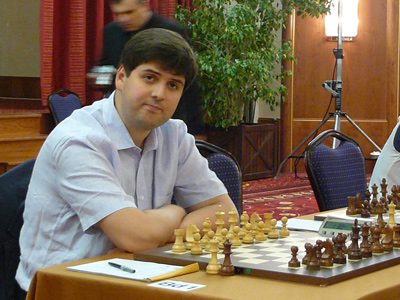 Peter Svidler led Russia to team gold at the 2007 ETCC

– Another member of the Olympic team, Alexander Morozevich, didn’t play really well, but it was obvious that he was struggling for the advantage in each game. A couple of promising positions he couldn’t convert into wins. This happens sometimes. But as usual, he was the first to initiate a fight and play for a win with both white and black pieces. I believe that he will reach his desired form right on time for the Olympiad.

– Dmitry Jakovenko played very well, he took second place, confirming his high level. Unfortunately, FIDE reduced the number of boards for the Olympiad, so we couldn’t find a place for Evgeny Alekseev, who finished third. He is young and promising player, it is difficult to leave some of our most prominent players out of the team.

– In the recent years they were constantly participating in the Superfinals and their results were improving. Vitiugov played well and was the only one to finish the tournament undefeated. Obviously he made a big leap forward. Unfortunately, Timofeev is not that stable yet. After winning against Svidler he had a wonderful chance to finish among top three, but he lost last two games.

– Evgeny Tomashevsky’s start at the Superfinal was rather pale, but he gradually improved his play and jumped on the wagon. He learned how to resist stronger opponents, but this is still not enough for bigger results. Ernesto Inarkiev is very ambitious and principled player. His level is high, but he has to show some flexibility, to make a couple of draws if it’s not going well. Instead, he continues to push forward and risks a loss, which is exactly what happened in this Championship, several games in succession. 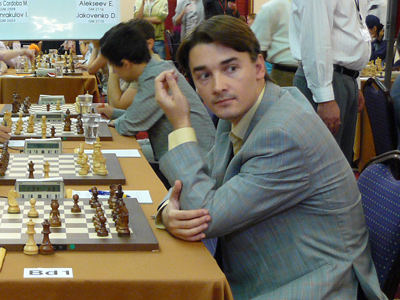