The rate of play at the European Club Cup 2008 will be 40 moves in 90 minutes and 30 minutes to finish the game, + 30 seconds additional time per move. The winners in the men section will receive 15 000 eur and the women winners will grab 5000 eur. For the individual boards there are prizes as well – laptops, video and digital cameras, and high technology gadgets in a total amount of 10.000 euros provided by the event sponsors.

Full information about the event, as well as statements by many international grandmasters who have participated in events in Kallithea, can be found on the official site http://ecc2008.chessdom.com/

Mr. Theodoros Tsorbatzoglou, the new Marketing director of European Chess Union and chairman of E.C.C. Organizing Commitee, shared with the Chessdom team in Halkidiki, “European Chess Union is the most dynamic chess organization. E.C.U Board is prepared to put new standards for chess events following all the principal rules in sports’ marketing. In this direction we will move starting with some innovations in Club Cup. We will try to change our image to be more sporty and attractive for sponsors and media.” 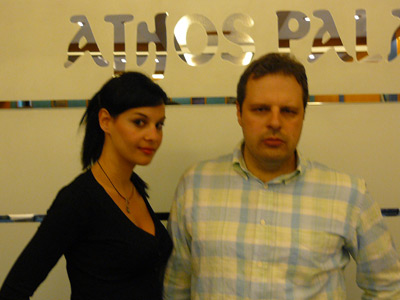 Theodoros Tsorbatzoglou and Afroditi Christou are expecting you at ECC 2008

Each European federation is allowed to take part in this competition. According to the Rules for the European Club Cup participation is open to: 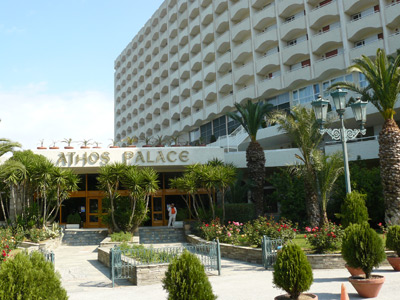 Parallel events at the ECC 2008

This year’s European Club Cup will not be the only event. Halkidiki will rather turn into a chess festival. From the 16th to 24th of October there will be a parallel Chess Open. Besides, there will be the 2nd marketing seminar (18-19 October) and the Internation Chess Rapid “Alexander the Great cup” (24-26 October). 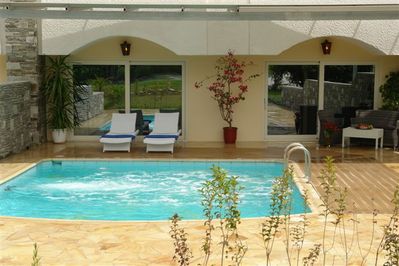 Every suite of Theophano Imperial Palace has a swimming pool