Press conference and drawing of lots

The XXI Ciudad de León chess tournament will be held from May 29th to June 2nd in León, Spain. The participants will be the World Champion Viswanathan Anand, the Ukrainian Vassily Ivanchuk, and the two best Spanish Players, Alexei Shirov and Francisco Vallejo Pons. There will be 2 semi-finals, played on Friday and Saturday, and the two winners will play the final on Sunday the 2th.

All games will be played with 20 minutes for the whole game, with an increment of 10 seconds after each move. The semi – finals and final will consist in 4 games each. In case of a final draw, there will be a tie-break in form of blitz games (5 minutes for each player).

Press conference and drawing of lots at the Conde Luna Hotel announced the tournament start on Thursday. Viswanathan Anand and Francisco Vallejo Pons will play their semifinal tomorrow, while Vassily Ivanchuk and Alexei Shirov are scheduled to meet on Saturday. 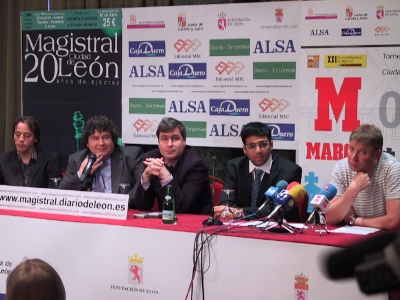 Press conference with the players 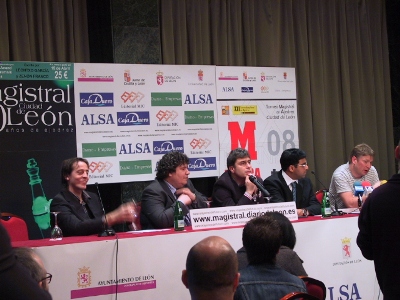 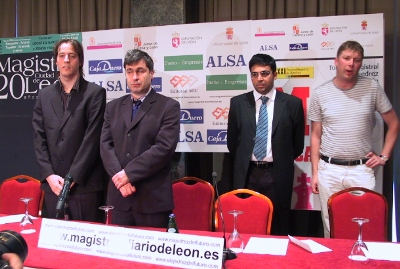 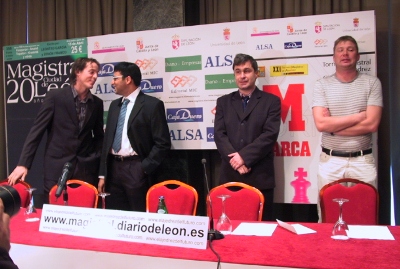