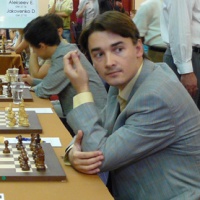 Alexander Morozevich assures that the atmosphere inside the Russian team was good, but they simply couldn’t overcome the psychological barrier.

“I do not like to write it all to bad luck”, Morozevich said to TK Sports correspondent Dmitry Lukashov, “The fact that Armenia won the second consecutive gold is not a random coincidence. This is the second Chess Olympiad where we were unable to overcome the psychological barrier, so now we need to seriously think about the situation.”

“The team atmosphere was good. We have players who perform better in a team, and also those that prefer individual play. I think we were far from the optimal form in this tournament, and we didn’t have a team leader. Vladimir Kramnik assumed that position, but this year was not the best in his career.

Dmitry Jakovenko says that Russian team is certainly not weaker than the champions from Armenia.

“Unfortunately, we were unable to repeat the victory we have achieved at the 2007 European Team Chess Championship. Many of the matches finished different than we anticipated, perhaps, the season’s entire heavy tournament schedule is to blame. We are not weaker than Armenia, we won against them and Ukraine at the European Championship, so why wouldn’t we win again.”