Pearl Spring super-tournament, that was held on December 2008 in Nanjing, China, will be included as part of the ongoing Grand Slam circuit. The tournament winner, Veselin Topalov, is thus qualified for the Grand Slam Final, which is set to take place on 2-15th September in Bilbao, Spain.

As we reported earlier, another city is a candidate to join Grand Slam – San Luis, Argentina, the venue of the 2005 World Chess Championship. The governor of the province, Dr. Alberto Rodriguez SAA, will be special guest in Sofia during Kamsky – Topalov match. He will present the San Luis tournament to the journalists.

Grand Slam Association re-elected mayor of Linares Juan Fernandes as its president. Veselin Topalov’s manager, Silvio Danailov, was elected to serve as CEO and Secretary General is Madayaga Anthony, who is among the main organizers of the Bilbao tournament. 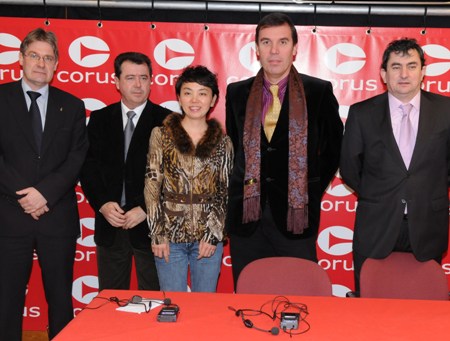