The Chinese star Wang Hao (2643) and in-form Daniel Stellwagen (2639) are the favorites among the juniors, with Maxim Rodstein (Israel) and Viktor Laznicka (Czech) also in the 2600+ category. GM Gawain Jones (England) had a fantastic season and will represent his country at the upcoming European Team Championship, IM Yuri Vovk (Ukraine) is hailing from the famous school of IM Vladimir Grabinsky and Russia is sending three Grandmasters – Ildar Khairullin, Dmitry Andreikin and Ivan Popov. 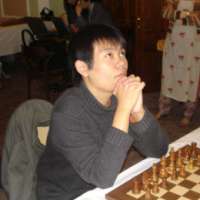 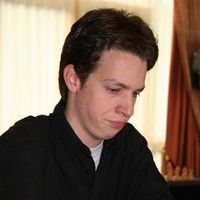 The Indian prodigy GM Parimanjan Negi, GM David Howell (England) and, remember this name, Wesley So (Philippines), are much younger than the opposition, and even if time is only working for them, we believe they are capable to surprise. GM Georg Meier (Germany), IM Sebastien Feller (France), IM Fidel Corrales (Cuba) and IM Robert Hungaski (USA) already have a vast tournament experience and couple of trophies too. Top African player is GM Ahmed Adly of Egypt.

Twelve players are leading with the perfect score after 2 rounds, 2257-rated Armenian Tigran Mamikonian among them after beating GM Chakkravarthy J. Deepan and IM Sebastien Feller.

Top rated in the girls group is the Indian IM Dronavalli Harika (2480), almost 90-points higher than 2nd favorite IM Elena Tairova of Russia. Mongolia continues to follow the footsteps of China and produces some fantastic female players. Their representative will be WGM Bathuyag Mongontuul. The list of the main contenders is being closed with WGM Jolanta Zawadzka (Poland), WGM Salome Melia (Georgia), WIM Vera Nebolsina (Russia), WGM Karavade (India) and WGM Vega (Spain). After two rounds, ten girls are in the leading pack with 2.0 points each.