Nikita Vitiugov emerged winner of the GRENKE Chess Open 2017 after concluding the race with 7,5/9 points and edging the opposition on tie-break.

Three other players, Maxim Matlakov, Etienne Bacrot and Zdenko Kozul, scored 7,5 points as well, but due to a better Buchholz, Vitiugov clinched the title.

Before the last round, Nikita Vitiugov and Zdenko Kozul had 7,0 points each. It did not took long before the players shared the point. After 11 moves, the players called it a day and secured an attractive piece of the prize cake.On the other boards, players fought for their chance. Maxim Matlakov and Etienne Bacrot won their games with the black pieces, against Hrant Melkumyan and Konstantin Landa, respectively. 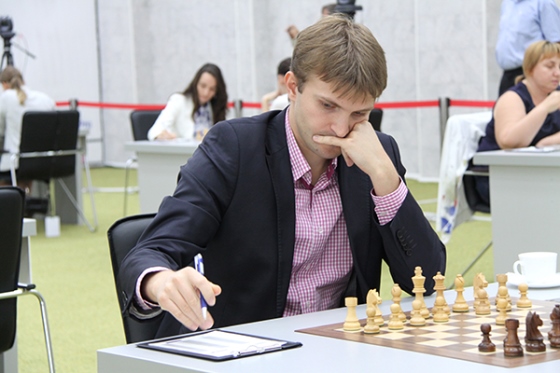 No less than 23 players scored 7,0 points. One of them is the young German player Alexander Donchenko – he did not lose a single game, although he faced some tough opponents on the final day. Another pleasant surprise was the performance by Alexander Seyb, who drew his game against the experienced grandmaster Vladimir Onischuk and scored a GM norm.

Sarasadat Khademalsharieh was the best female player in the Open. She is a women grandmaster and scored 6,5 points without losing a game. She started with two wins, scored four draws in a row, but ended the tournament with an excellent 2,5/3 sprint. Second prize was won by Swaminathan Soumya with 6,0 points, the third prize was taken home by Elena Levushkina (5,5). 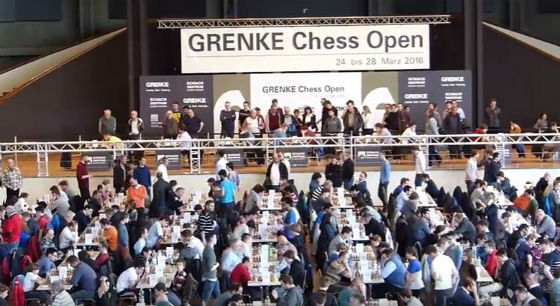