Seven players share the lead with 3 points in as many rounds of the NIT International Grandmasters Open Chess Tournament, organised by Nagpur Improvement Centre at Naivedhyam Recreation Centre, Nagpur today. Twenty three players are trailing by half a point.

IM Udeshi Aditya of Maharashtra scored an upset win over experienced GM Saidali Iuldachev of Uzbekistan and CRG Krishna of PSPB defeated GM Sriram Jha of LIC in the major upsets of the day.

In a game arising out of Slav defence by IM Himanshu Sharma of Railways, top seeded Aleksandrov Aleksej of Belarus took advantage of Himanshu’s dormant rook. Aleksej’s two active rooks, bishop and knight helped him to outplay his opponent in just 32 moves. 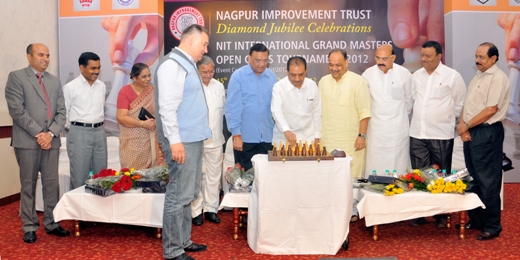 Young Maharashtra IM Ankit Rajpara had little difficulty in holding the second seeded Kravtsiv Martyn of Ukraine, winner of the Chennai Open in 2011 in mere 34 moves.

Udeshi Aditya made a pseudo sacrifice of his knight on move 27 to gain back a piece two moves later. The ploy opened Saidali’s king side allowing Udeshi’s queen and rook to threaten a checkmate on h- file. Saidlai resigned after 36 moves.

GM Ziaur Rahman of Bangladesh utilised his a-file outside passer pawn to score a facile win over DK Sharma, international master from LIC. 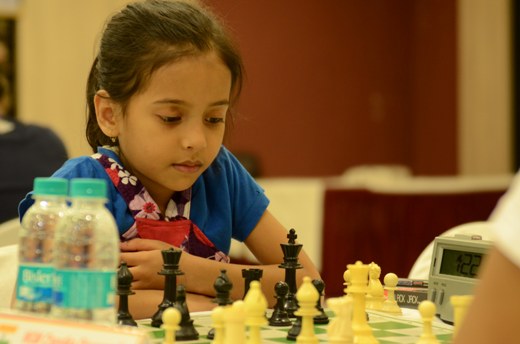 One of the many young participants

In the battle between two Maharashtra IMs Vikramadiya Kulkarni of Railways and former world under 14 champion Vidit Santosh Gujrati, Kulkarni made a futile sacrifice of a minor piece. Vidit grabbed the opportunity to secure a point in 29 moves.

Maharashtra WGM Swathi Ghate representing Railways had to lose the exchange on 33rd move against GM Enamul Hossain of Bangladesh, leading to the loss of her game in 46 moves.

Krishna had to sweat it out to defeat the Grandmaster Sriram Jha, combining his queen and light square bishop, pocketing a point in 77 moves. 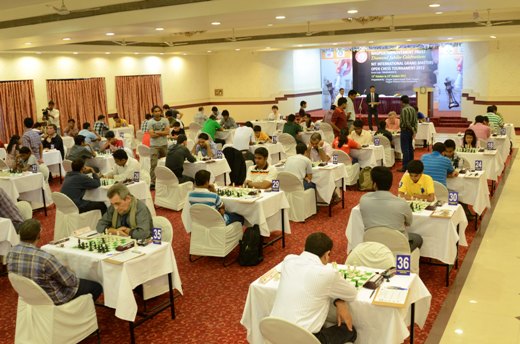 Grandmaster Petrosian Davit of Armenia, who lost a valuable point by forfeit yesterday was dealt a blow by Vikramaditya Sahu, son of IM Sekhar Sahu of Orissa, today.

Vidharba hopes Swapnil Dhopade playing for Railways increased his tally to 2.5 points with a fluent win over FM Sauravh Khherdeker of Maharashtra.